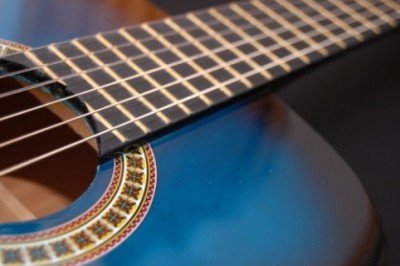 Steven Curtis Chapman has sold nearly eleven million records and is still going strong. He has won five Grammy awards along with 16 nominations and he has one American Music Award to his credit. Steven in his twenty seven year music career has won more Dove awards, 58, than any other artist in the history of Christian Music. He has recorded 47 No. 1 U.S hits and has performed at the White House and on the Hallmark channel amongst the many venues he has been seen. Steven has recorded 17 projects in his long and illustrious career.

He has been married to Mary Beth Chapman for over thirty years and they have 3 children and had adopted 3 orphans from China. Tragedy struck the Chapman home a few years ago when their five year old adopted daughter, Maria Sue Chapman, was struck accidentally by a sports utility vehicle. She died from the injuries sustained from the accident. Steven and his family have grown closer to God and to one another from their loss of Maria Sue.  Steven and Mary Beth had tattoos painted on their bodies with her name “Maria Sue” to remember her by.

Steven Curtis Chapman’s CD “The Great Adventure “released in 1992 was his breakout album that put him on the map of Christian music. He was reported to say that his concert turnout had increased by a few thousand practically overnight from the success of this album. This album changed the history of Christian music by putting the whole genre on the world map of music. Needless to say he has had a major impact in the industry. He has authored a couple of books and he had a minor part in a Christian movie a few years ago where he played a Pastor in a small Christian town. His performance reviews were favorable.

Mary Beth, his wife, summed up his talents best by saying it is scary to live with someone who can write a song about anything.  Steven Curtis Chapman remains one of my favorite Christian artists and a living legend in the Christian music field.

Greg is a born again believer who testifies to the absolute transforming power of God's word. Greg has been called to full time ministry and He has known Jesus for most of his life. Greg received his degree in Pastoral Ministries from what was formerly Bethany University in Santa Cruz,California. View Greg blogs on iwriteforjesus.com. Greg has a book published on " To Jesus Christ the High Priest of my confession: A personal Testimony." find it on http://www.amazon.com/Christ-Priest-Confession-Personal-Testimony/dp/1507706847/ His testimony in short form is published in "Trials and Triumphs II" on http://www.amazon.com/Trials-Triumphs-II-FaithWriters/dp/1498416012/. This book is filled with 50 inspirational testimonies and is a project of Faith Writers.
Previous You Don’t Serve Gays? That’s Okay!
Next Staying a Couple Once the Kids Come