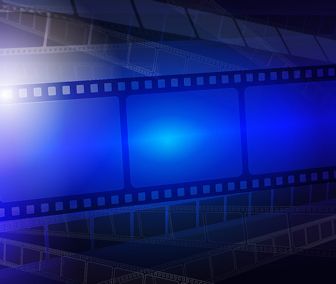 I remember after becoming a Christian, I prayed to the Lord and asked Him if I needed to throw my television in the trash. I was dead serious. I heard back from the Lord and He told me that it depended on how I chose to use it. You see, there was a choice involved and either way I had to make a decision that was for God’s glory. Either watch things that pleased the Lord or get rid of a tool that could potentially trip me up. I chose to keep the television, but I also got rid of a lot of the programming that I felt could be a stumbling block.

Since this decision, television programming has gotten even worse. And now many of the basic cable channels are full of garbage at all hours of the day. It gets to be almost impossible for one to shield themselves from the corruption. It is just full of cursing God, bringing down others, and sexual perversions. The Bible is clear that these things are to be detested and kept out of our dwelling.

Like television, movies are also very perverse. In fact, one recent movie, The Wolf of Wall Street, set a world record for most expletives in a features movie. And when you consider you’re sometimes paying a theater $10+ per movie ticket, you’re basically paying somebody to fill your mind with trash.

So, in closing I’m not going to tell you never to watch a TV or a movie, but I am going to encourage you to guard you hearts, your minds, and those you care about dearly. Take care in all choices you make because they all have consequences, whether they be good or foul. This applies not only to television and movies, but to everything we choose to fill our lives with. God bless.

Joel M. Bauer is a 45-year-old U.S. Army Veteran from Dunn, NC, which is just outside of Raleigh. After being honorably discharged from the U.S. Army, he attended school at Taylor University, a Christian liberal arts school, in Fort Wayne, IN, where he received his BS in social work and psychology. He has worked in such places as a homeless shelter, a community based treatment center for severe mental illnesses, a school for troubled students, and other social service agencies. His current endeavor is to build The Bottom Line website into a site that inspires both Christians and non-Christians alike, and brings glory to God.
Previous Parenting the Way They Should Go
Next Deaf Woman Hears for the First Time