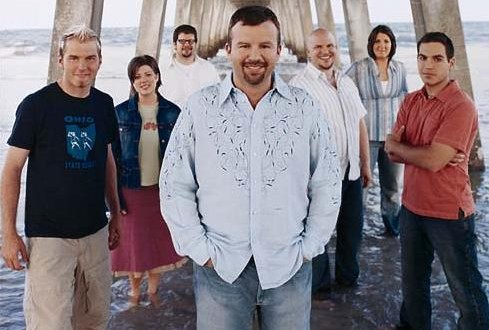 Casting Crowns is a very well-known Christian rock band which has a sincere heart to glorify Jesus Christ and spread His Word to a lost world. They started in 1999 with Mark Hall as their founder and lead singer. Mark Hall is the main songwriter for Casting Crowns. The band started with 4 members and now has grown to 7 members. The band started in Daytona Beach, Florida but then moved to Stockbridge, Georgia and this is where the Lord began to open doors for them. Their music ministry took off in 2004. They released 2 CDS in the Atlanta area and they were both well received. The projects were created by Mark Hall and the band to reach local youth.

The band won the “GMA Regional Songwriter’s Competition in 2004 in The “Best Song” and “Best Artist” categories. They were not actively looking for a record label but God had other plans. Their CD ended up in the hands of, Mark Miller the lead singer for the country group Sawyer Brown, Mark was so moved by their driving rock sound and Mark Miller’s lyrics. He signed them to a contract. His fleeting record label Beach Street Records became their new home.

Casting Crowns has been one of the premiere Christian rock groups in the music industry for years now. They have had great success with their albums and singles over the years. Their singles have produced nine no.1 hits and two of those hits hold records for being number one for weeks on the charts. Their song “East to West” from the album “The Altar and the Door” remained no.1 for 19 weeks (16 weeks consecutively) still a record for the band.

Their third studio album “The Altar and the Door” released in August 2007 debuted no.2 on the Billboard’s Christian 100 album chart. The album was certified gold in 10 weeks after its release by RIAA. The tour “East to West” garnered $4.4 million dollars in ticket sales making it one of the most popular Christian music tours to date. Their fourth studio album ”Until the Whole World Hears” did even better setting the new Christian debut album record by selling 167,000 copies its first week. The album went gold in just 4 weeks.

Casting Crowns received a unique honor when they were invited to North Korea to attend the “April Springs Arts Festival “in both 2007 and 2009. They are one of the few American bands to be invited to this festival. Which speaks volumes of the quality of music they put out.

They’ve won 15 Dove awards and 1 Grammy award. Casting Crowns is also recognized as being the second fastest Christian band to have their first 2 albums turn platinum. The first being Jars of Clay. So you see what God can do with His children who are not looking for their glory but His glory. Remember Casting Crowns was not looking for a recording contract! They have sold over 5 million albums.

For I know the plans I have for you,” declares the LORD, “plans to prosper you and not to harm you, plans to give you hope and a future.” Jeremiah 29:11

What is your favorite Casting Crowns song?

Greg is a born again believer who testifies to the absolute transforming power of God's word. Greg has been called to full time ministry and He has known Jesus for most of his life. Greg received his degree in Pastoral Ministries from what was formerly Bethany University in Santa Cruz,California. View Greg blogs on iwriteforjesus.com. Greg has a book published on " To Jesus Christ the High Priest of my confession: A personal Testimony." find it on http://www.amazon.com/Christ-Priest-Confession-Personal-Testimony/dp/1507706847/ His testimony in short form is published in "Trials and Triumphs II" on http://www.amazon.com/Trials-Triumphs-II-FaithWriters/dp/1498416012/. This book is filled with 50 inspirational testimonies and is a project of Faith Writers.
Previous Immorality, Greed and Teddy Bears
Next “The Mapmaker’s Children” Entertainment and Modern Relevance In History