Breaking News
Home / Faith / Be That “Someone Else” 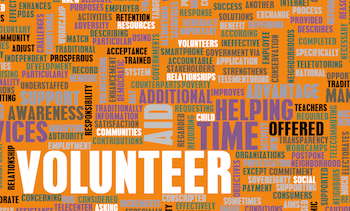 Be That “Someone Else”

I often hear pastors, of most every church and denomination, depressingly state they must “coerce” or “force” their own parishioners to volunteer, in order to accomplish one of the many tasks that a church endeavors to fulfill.  Perhaps you serve on a committee, or you are part of the youth ministry, etc.  Maybe you are one of those “busy” people that run the other direction when you glimpse your pastor  walking over to you to ask a question or favor.

This is a sorry state of affairs.  I say that with a speck of hypocrisy; currently I do not volunteer for my local church.  At numerous times I have served in a variety of fashions, but not at present.

Today our excuses not to serve are many, and some are legitimate.  However, do not always assume, “someone else” will do it.  Expecting someone else to step up, is a recipe for nothing getting accomplished.  In this manner, many missions and goals of your church could, and do, go unmet. It’s time you and I became that “someone else”.

I often look back to the very early days of the Church for inspiration, wisdom and as an example.  Whether you are Catholic or not, most people know the first Pope, or bishop of Rome, was the Apostle Peter.  As most know, Peter was martyred around the year 67 A.D., most likely by upside-down crucifixion.  His replacement, whom undoubtedly was a trusted assistant and confidant of Peter in Rome, was a man mentioned in the New Testament, named Linus.

It is very likely that the election of Linus was both predestined by Peter, and also decided by the other still-living Apostles of Christ.  At that time, several were still advancing Christianity throughout the region.  It is unclear if Linus was married (as Peter was), but you can imagine the breakfast table discussion between Linus and his wife.

Linus:   So, John and Clement and the rest of the guys want me to lead the Roman church.

Wife:  What?!  I hope they are kidding.  Didn’t Peter just get killed last week for running the church?  Caesar and his people have it in for the Christian church- you know that.

Linus:  I know, but-  I feel Christ is calling me to do it.  And I know that’s what Peter would have wanted.

Wife:  I don’t think so; I worry about you.  Did they tell you what it pays?

Linus:  There is no pay.  This is basically a volunteer position, but it’s an honor to be asked.

This discourse is tongue-and-cheek of course, but doesn’t it sound quite a lot like the same conversations and arguments had between husbands and wives each and every day regarding church volunteerism?

Some truly have no time or ability to help in the Lord’s work, but that is the small minority.  Recall the words of King David the next time you start darting away from your pastor:

Chronicles 28:20  “David said to Solomon his son, Be strong and of good courage, and do it: fear not, nor be dismayed: for the LORD God, even my God, will be with thee; he will not fail thee, nor forsake thee, until thou hast finished all the work for the service of the house of the LORD.”

How has God gifted you to serve in your church? Are you already serving? How has that impacted your own walk with God?

Ken Lambert, D.Min, lives with his wife and twin boys in southern New Hampshire, and has written for a variety of religious and secular publications. He is co-author of Top Ten Most Influential Christians- since the Apostles, and is an adjunct instructor for Agape Seminary (Church History, Wisdom Books).
Previous Pride: The Monster Rooted In Our Hearts
Next A Christian Teen in Turkey: “I took so many things for granted!”