Breaking News
Home / Faith / Does God Get Angry With Me? 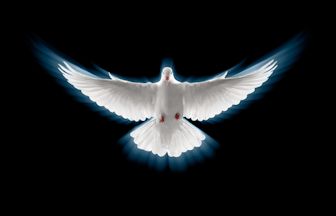 Psa 30:5 For his anger endureth but a moment; in his favour is life: weeping may endure for a night, but joy cometh in the morning.

People often wonder if God is mad at them. Is He pointing a finger from His Mighty Hand at them? Well, I have good news and bad news for you. First the good news. God isn’t looking to point a finger at you and judge you. He loves you and wants to show you mercy and grace. Now the bad news. Yes, God does get angry with us at times. Lets explore this a bit further.

Many times God has become angry with us because of our lack of faith, or due to sin. This doesn’t mean he doesn’t love us. It just means we’re doing the wrong thing. Just as a loving parent would be annoyed by a rebellious child, God gets upset with us when we fail to listen or intentionally disobey.

The thing about God we need to keep in mind is He is disinterested in sin because it doesn’t compliment His existence. You see, God is so pure that He can’t even look at sin. Lets look at Hab 1:13:

Hab 1:13 Thou art of purer eyes than to behold evil, and canst not look on iniquity: wherefore lookest thou upon them that deal treacherously, and holdest thy tongue when the wicked devoureth the man that is more righteous than he?

Now when I say God is disinterested in sin, it doesn’t mean he isn’t interested in what we are doing. It means He would like the sin problem out of the equation. He would like for your sin to be covered, that way He can fully behold the joy He has for the crown jewel of His creation, which is mankind.

If we explore scripture even further, we find two scriptures that tell us that once we’re forgiven, God will simply forget our sins:

Isa 43:25 I, even I, am he that blotteth out thy transgressions for mine own sake, and will not remember thy sins.

Please note that He says he blots out transgressions for His “own sake”. That means He doesn’t want it in the picture. He would rather show you love, mercy, and grace. He would also rather reach out to His children rather than to hold a grudge.

Friends, God does get angry with us at times, but it’s not because of His choosing. We often rebel or refuse to have faith in the promises of God. However, we can be assured that God is always ready to forgive and forget the mistakes we have made. It’s not in His nature to want to behold sin. He would rather behold his children in their fullness, and He can only do that through the redemptive power of our King of Kings and Lord of Lords, who is Jesus Christ. Please make sure you are right with the Lord today and be at peace. Thank you for reading and God bless.

Joel M. Bauer is a 45-year-old U.S. Army Veteran from Dunn, NC, which is just outside of Raleigh. After being honorably discharged from the U.S. Army, he attended school at Taylor University, a Christian liberal arts school, in Fort Wayne, IN, where he received his BS in social work and psychology. He has worked in such places as a homeless shelter, a community based treatment center for severe mental illnesses, a school for troubled students, and other social service agencies. His current endeavor is to build The Bottom Line website into a site that inspires both Christians and non-Christians alike, and brings glory to God.
Previous Tuned Ears
Next A Done Deal