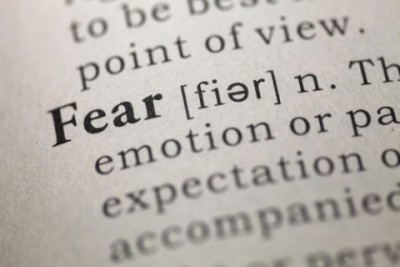 “God is not a man, that he should lie, nor a son of man, that he should change his mind. Does he speak and then not act? Does he promise and not fulfill? I have received a command to bless, he has blessed, and I cannot change it.“ (Numbers 23:19-20)

I kept my news a secret for almost a month procrastinating in fear of what was to come. All the while I proceeded with the necessary steps of maintaining a healthy pregnancy. Over the next few weeks, I ate what I could, I drank a lot of water, and I made my first follow up appointment. One day after school, my phone rang and I knew it was my husband checking in to see I needed anything from town, but, his voice did not sound the same.

“When were you going to tell me?” Panic began to climb up my throat.

“The nurse already told me. Are you really pregnant?”

“We’ll talk tonight. This is not good.” I said a few more words and hung up the phone.  Then, I picked the kids up from school and headed home.

Entering inside the house his eyes seemed to fix on me and my head began to lower.

“Yes. I’m pregnant. “ The fear that had been eating away at me for a month was now staring me in the face.

“The nurse congratulated me when she called to tell me you have to reschedule our son’s appointment since the doctor has a delivery scheduled for that time. Imagine how ridiculous I sounded to her since I knew nothing about it!” His voice began to raise as my eyes lowered.

I felt like a pregnant teenager telling her high school boyfriend. I wanted so desperately to run away and hide. I was hurt. He was frustrated and angry. I felt so ashamed. He felt manipulated. I tried to explain to him my prayer. He shut me out. A family meeting was called. The kids were so excited! I wanted to share in their joy. My husband wanted to leave and almost did.  It was a mess.

Left in desperation, shame, and humiliation, I sought out my only refuge. “God, what has happened? I thought this was a gift you wanted me to have but I am so alone.  Help him to see that this is a good thing.” Days and months passed. My body grew and changed, but I tried to keep it covered up. I didn’t want my husband to see the constant reminder of his disappointment in me. I felt guilty for even asking for another beautiful gift.

It’s amazing the lies you will listen to when you are stuck in self pity and how well Satan can take a situation and twist and turn the hurting and desperate heart to believe whatever might be dangled in front of them. For me, it was the idea of being shunned by my husband in my own home because he did not want this child that was growing inside of. He already told me he was done, so why would he want one more? But truths can easily be misinterpreted especially when Satan puts up a roadblock between the time your words are spoken to the time they reach the listening ears, and that was what was happening. Communication breakdown.

The months passed and we eventually gained back some speaking grounds. As the time grew closer, plans were made and the kids became more and more excited to meet their new sibling. At this point, we knew we were having another boy. A pal! My heart’s desire grew and so did my walk with the Lord. The more I wanted to listen to the lies around me, the more He would assure truths in my heart. I gave you this child. Remember this is a gift from me. He will love him. I promised you that when you asked.

Finally, the anticipated day arrived, and things did not go as planned and if anything could go wrong it did. The contractions began to increase in intensity and frequency. Quickly, I plugged in to my daughter’s iPod and tuned my mind to worship to keep the pain and fears at bay. “Lord, help us make it to the hospital. Do not let me have this child here.”

Arriving sooner than anticipated, the contractions continued to increase in speed, frequency and pain. The room spun around me as I was checked in and the routines began. Turning up the music, I zoned out even more to keep my eyes fixed on my one constant, God, who would get me through.  Within thirty minutes, my doctor had arrived sooner than expected. The attending nurse had alerted him of a significant concern. The baby’s head was no longer engaged but he was turned sideways. My worst fear was now brought to life the high probability of an emergency C-section.   I began to prepare my mind and sent out a text to my pastor to send down the prayer chain.

An expert doctor was called in (I later found out that she too is a Christian) and hours were spent attempting to turn this stubborn child, but as time dragged on, it was also running out. Fragments of phrases were heard above my personal worship service: stress to the baby, lack of oxygen, wrapped cord, elevated blood pressure, epidural running out, emergency C-section. All the while I was praying with a peace around me asking God to save me, save the baby, help my husband because he cannot handle four kids. Fear tried to creep its way into my mind, but God’s peace was so strong that He would not allow the fear to overcome.

My last word to my husband before the surgery doors closed was “Pray!” A mixture of sounds and voices danced around me as I became unable to catch a deep breath. I felt as if every breath was to be my last. I battled between remaining calm with God’s peace and succumbing to the fear of seeing my unborn child. What seemed like hours was a mere few minutes before I heard my doctors breath a sigh of relief moments after a newborn’s cry filled the air. Thank you God. I whispered before giving in to exhaustion.

Part III-To come: When only God is the answer…

is an author and editor for The Bottom Line Ministries as well as a member of Faith Writers. Currently she teaches high school language arts. She is a mom to four amazing blessings and enjoys every moment life has to offer. Renee has a fervor and drive to learn, she loves to read and spend time with her family, and is involved with her local church ministries. Humbled by God’s gift of words, she has a passion to write what the Holy Spirit has placed in her heart. She hopes to publish her in-progress book someday, but in the meantime, is honored to be placed as part of the TBL writing family and is holding on to the ride wherever God is leading. Renee and her family reside in their country home in Holland, Iowa.
Previous Questioning Authority -Part 2 __________Honoring God While Practicing Discernment
Next Unsung Mothers