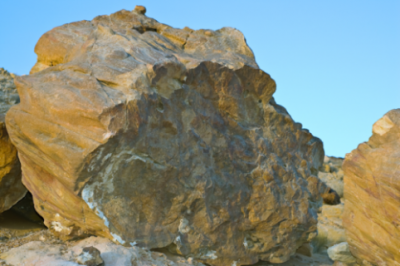 Some “Good News” To Warm Your Heart

The message of Easter applies to every day of the year. With all of the depression, teen suicide, continual evil, fear, and hopelessness, the world can always hear some welcome news.

The resurrection of Jesus is the gospel of the Christian faith. The word gospel means “good news.” I Corinthians 15:14 defines it by saying that “Christ died for our sins…and that he was buried, and that he was raised on the third day, according to the scriptures.” The good news is hope, peace, and security, in the midst of a troubled and scared world.  In John 14:27 it is recorded that Jesus said, “Peace I leave with you. My peace I give to you; not as the world gives do I give to you. Let not your heart be troubled, nor let it be fearful.”

Jesus made many other claims about himself. He said he is the living water, the bread of life, and the light of the world. He told people he had the power to forgive their sins.  John 11:25 quotes Jesus as saying that he is the “resurrection and the life and whoever believes in me, though he is dead, yet shall he live.”

The great philosopher, C.S. Lewis, made the argument that if Jesus was not who he claimed to be, he had to be a liar or a lunatic. Lots of people down through history have said many things about themselves and many religious leaders have claimed to have the truth. What makes Jesus different?

The Bible says he was and is God in human flesh, and most people consider him to be the only perfect person who ever lived, for it says in Hebrews 4:15 that “He was tempted in all points as we are yet without sin.” It doesn’t stop here. Jesus fulfilled over 300 prophecies made hundreds of years before he was even born into the world. The odds of one person doing this is astronomical and defies human comprehension.

Professor Emeritus Peter Stoner, at Westmont College, took this on as a project involving 12 different university classes and 600 students. They took into account every conceivable factor and variable, concluding that the chance of one person fulfilling just eight prophecies is 10^17, a figure followed by 17 zeros! Then the professor went one step further. He said if one took 10^17 silver dollars, they would cover the State of Texas two feet deep! Put a special marking on one, stir them all up, and then ask a person with a blindfold to find that particular silver dollar the first time.  That is the odds.

Then Jesus further proved he is God with the empty tomb. It was impossible for anyone to steal the body because of the legions of Roman guards, the 1 ton boulder at the entrance, and the seal of Rome. The resurrection power of God is the heartwarming good news for today’s troubled and fearful world. It’s a sure foundation of peace, hope, and security. I Peter 1:3 declares that you can be “…born again to a living hope through the resurrection of Jesus Christ from the dead.”

What trouble, fear, addictions, broken relationships, or destructive emotional state, might you have from which you need deliverance? Have you accepted the “facts” of Jesus? If not, why not? Let the person of Jesus and the power of his resurrection become evident in your life each and every day.

John Livingston Clark is 67 years of age and lives in central Washington State. He has written two published books, and two published poems. His initial book is called, " God's Healing Hope: Breaking the Strongholds of Wrong Thinking." His second book, released in December of 2016, is a motivational book written to seniors titled, " Seniors: Are You Retiring or Recharging?" Both books are available on amazon. You can also view his writings on www.faithwriters.com. John is available to speak on a variety of topics. Visit me at jclarkministries.com
Previous Bad Boy Saul and the Reimaging of His Reputation
Next Thoughts From the Lutheran Church In America Today