Breaking News
Home / Faith / The Value of the Gospel of Grace 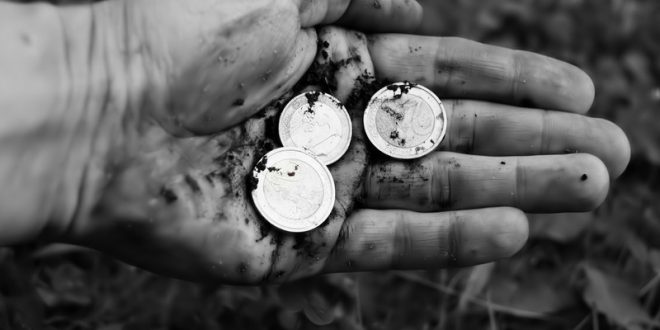 The Value of the Gospel of Grace

Grace! “Amazing grace, how sweet the sound…”  But is it possible that, too often, Christians take it for granted? The gospel and grace are directly linked together and cannot be separated. I call this the gospel of grace. There are those who want to lessen the value of grace. A stern warning is given by the Apostle Paul in Galatians  1:6-9.

“I am amazed that you are so quickly deserting Him who called you by the grace of Christ,  for a different gospel; which is really not another; only there are some who are disturbing you, and want to distort the gospel of Christ…a gospel contrary to that which you received, let him be accursed.” (The last four words are repeated twice). The gospel of grace is distorted in two ways: works, and keeping the law. I will say more about this a little later.

What is the gospel received? I Corinthians 15: 1-4 provides the answer. “Now I make  known to you, brethren, the gospel which I preached to you, which also you received, in which also you stand, by which also you are saved…that Christ died for our sins… and that he was buried, and that he was raised on the third day…” (emphasis mine). Without this, preaching and faith is of no value, and we are dead in our sins (verses 14 and 17). The grace of God was demonstrated on the cross. Jesus paid a high price. He gave his life. The cross has power as expressed in I Corinthians 1:18.

Sadly, there are those who take the position of what has been termed “cheap grace.” That is the belief that because Jesus died and offers grace, one can live anyway that he or she wants to. Not so! It’s quite the opposite. God’s grace should be a motivation and stimulus for living a godly life.

Grace,  and the cross mean that each individual person cannot save himself from the judgment of God or merit eternal life. No amount of doing good works, keeping a law, being religious, or being the best person in the world is enough. However, there are those who adamantly believe that unless one is following the Law they are not saved. I have a close friend, and a relative who are among them. This issue must be addressed.  Three verses in Galatians speak to this:

“I do not nullify the grace of God; for if righteousness comes through the Law, then Christ died needlessly” (2:21).

“…You who are seeking to be justified by law, you have fallen from grace” (5:4).

Grace is a free gift, paid for by the blood of Jesus Christ. This is very clearly taught in Ephesians 2: 8-9.

“For by grace you have been saved through faith; and that not of yourselves, it is the gift of God, not as a result of works, that no one should boast.” Question: Which one of us is qualified to judge who has done enough works, or has been religious enough, or good enough?  “What the law could not do, weak as it was through the flesh, God did: sending his own Son in the likeness of sinful flesh…in order that the requirement of the Law might be fulfilled…” (Romans 8:3-4).

“But if it is by grace, it is no longer on the basis of works, otherwise grace is no longer grace” (Romans 11:6).

Those who add anything to the gospel of grace are basically saying that it was not necessary for Jesus to give his life on the cross! They are saying that anyone who puts their faith and trust in Christ is still not guaranteed eternal life in heaven unless they followed some law or did works. They are forgetting what it says in Romans 10:9-10.

“That if you confess with your mouth Jesus as Lord, and believe in your heart that God raised him from the dead,  you shall be saved; for with the heart man believes, resulting in righteousness, and with the mouth he confesses, resulting in salvation.”

No one is so bad as to be undeserving of God’s grace, and no one is so good as to merit His grace. The question to you is how have you seen the gospel of grace at work in your life?  Is there anything that is keeping you from experiencing God’s grace?

John Livingston Clark is 67 years of age and lives in central Washington State. He has written two published books, and two published poems. His initial book is called, " God's Healing Hope: Breaking the Strongholds of Wrong Thinking." His second book, released in December of 2016, is a motivational book written to seniors titled, " Seniors: Are You Retiring or Recharging?" Both books are available on amazon. You can also view his writings on www.faithwriters.com. John is available to speak on a variety of topics. Visit me at jclarkministries.com
Previous God’s Final Words
Next Re-defining Truth?