Breaking News
Home / Family / Into The Trash It Went 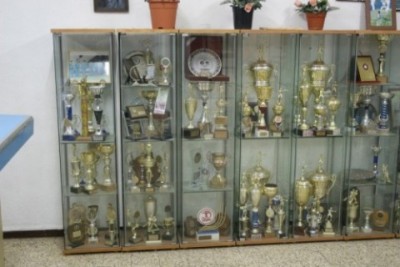 Into The Trash It Went

This summer I heard a true story of a mother telling her daughter directly after receiving her soccer award, to go and throw it in the trash.  Now, before you jump to any misjudgments, hear the woman’s story out.  The daughter was on a losing soccer team.  No wins.  Only losses, and they were awful!  Not the kids, but their soccer skills were really really bad.  Yet, at the last meet, after losing yet another game, each member of the team received a beautiful shiny little award just for participating in the sport.  This is where the mother’s valid opinion comes in to play.

“What exactly did you win?” Replied the reflective mother.

“Exactly. If you didn’t win anything, then why do you have an award?”

And you already know the rest of the story.  Into the trash it went.  Some of you may be crying out, “But she participated!”  True. Very true, but who decided to participate in the first place?

We live in a society where people seem to think that everyone deserves an award whether they win or lose and that instead of only one winner, everybody is a winner, no matter how hard you work or in most cases these days, don’t.

Yet, God says, not everyone is a winner.  “Do you not know that those who run in a race all run, but only one receives the prize?” (1 Corinthians 9:24) Did you read that.  Only the winner should receive the prize, not the one who participates.

God calls us to “Run in such a way that we may win.”(1 Corinthians 9:24) not just a perishable prize such as the soccer medal for participating, but may we  “…press on toward the goal for the prize of the upward call of God in Christ Jesus.” (Philippians 3:14) Because “Everyone who competes in the games exercises self-control in all things. They then do it to receive a perishable wreath, but we an imperishable.…” (1 Corinthians 9:25) What a glorious prize that will be!

is an author and editor for The Bottom Line Ministries as well as a member of Faith Writers. Currently she teaches high school language arts. She is a mom to four amazing blessings and enjoys every moment life has to offer. Renee has a fervor and drive to learn, she loves to read and spend time with her family, and is involved with her local church ministries. Humbled by God’s gift of words, she has a passion to write what the Holy Spirit has placed in her heart. She hopes to publish her in-progress book someday, but in the meantime, is honored to be placed as part of the TBL writing family and is holding on to the ride wherever God is leading. Renee and her family reside in their country home in Holland, Iowa.
Previous Benefits of Gratefulness
Next Is Indulging in Alcohol Really that Bad?