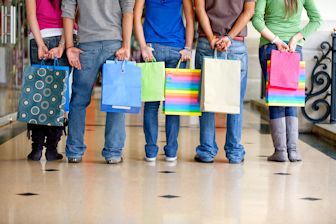 A Heartwarming Story From Ferguson, Missouri

A Heartwarming Story From Ferguson, Missouri

Ferguson, Missouri, was the scene of Michael Brown getting shot by a police officer. The community was in turmoil and rioting followed for days. As I watched the drama unfold I thought it would never end. The people of this town effected by the shooting found it necessary to release their anger. One of the ways they chose to do this was by looting and destroying businesses. These businesses, however, were totally innocent of anything to do with the shooting. This was misdirected anger. How does destroying businesses and putting people out of work help deal with the issue? It doesn’t. It just creates another problem. Responding to violence, with violence, is never the answer.

The St. Louis Tea Party Coalition came up with a plan to help bring peace to the community and to assist in rebuilding businesses. Recently, they held an event called a “buycott.” Forty members of the organization took to the streets of Ferguson with the specific purpose of shopping at the stores that had been looted. The main organizer said, “We want to do what we can to support Ferguson so that it makes a strong comeback.” More “buycotts” are planned for the near future.

This is a heartwarming example of not only love in action but also being part of the solution. Whenever communities have problems people need to work together to creatively think of positive solutions to bring restoration and healing. Politics must be set aside. Race must not be allowed to dictate decisions. Courses of action must be taken based upon the facts to bring positive results. The “buycott” provided an example of how to do this.

What lessons can be learned from this tragic scenario? Violence never solves anything. Race can easily get in the way of objectively analyzing and solving problems. Most importantly, for true healing to take place we must heed what is said in Romans 12:17-21, which provides three insights applicable to this and other similar situations. One, never pay back evil for evil. Two, as much as is humanly possible live in peace with all people. Three, overcome evil with good.

It is, indeed, difficult to put this passage of scripture into practice. The Tea Party Coalition was not involved in the crimes committed in Ferguson so they could easily overcome evil with good and help restore peace. Not so with those within the city. It will take time for them to heal, but at least for the business owners the action taken by this organization helped to ease the tension. We must pray that the power and grace of God will be at work in the lives of those living in Ferguson, Missouri, for that is how real and lasting peace and restoration will happen.

John Livingston Clark is 67 years of age and lives in central Washington State. He has written two published books, and two published poems. His initial book is called, " God's Healing Hope: Breaking the Strongholds of Wrong Thinking." His second book, released in December of 2016, is a motivational book written to seniors titled, " Seniors: Are You Retiring or Recharging?" Both books are available on amazon. You can also view his writings on www.faithwriters.com. John is available to speak on a variety of topics. Visit me at jclarkministries.com
Previous Family Matters
Next Challenge: Can You Recite The Ten Commandments?