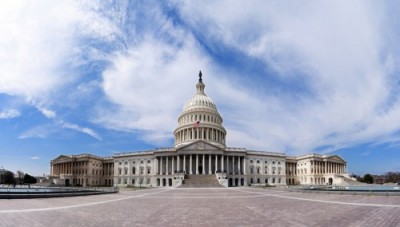 What if the governments of the world turned their national and international policies over to the authority of Jesus today in 2014? The heads of state submit to the divine head of state and Jesus counseled each nation on issues concerning the military, weapons, humanitarian needs, food, etc. Jesus the mighty counselor and mighty God would give his perspective on these potentially volatile issues. Nations in the past have gone to war over these matters and thousands of lives have been lost in the fighting. Man in his wisdom has tried to solve these age old problems without much success as he left himself vulnerable to the prince of the air and his evil schemes which always led to strife, division and loss of life.

Israel before she decided to be reigned by kings was ruled strictly by the hand of God in what is known as a theocracy, government led by God based on His word and wisdom. God administered perfect decisions to the people of Israel and judged hostile nations with perfect justice. He protected Israel and blessed them in every area of life when they followed his commands and obeyed his will.

So think of how different everything would be on this planet today if every government was submitted to the reign of Jesus Christ and as Isaiah 9:6 says”…. government will be on his shoulders.” Jesus as the leader of the nations there would be no more wars, famine or loss of life.

Greg is a born again believer who testifies to the absolute transforming power of God's word. Greg has been called to full time ministry and He has known Jesus for most of his life. Greg received his degree in Pastoral Ministries from what was formerly Bethany University in Santa Cruz,California. View Greg blogs on iwriteforjesus.com. Greg has a book published on " To Jesus Christ the High Priest of my confession: A personal Testimony." find it on http://www.amazon.com/Christ-Priest-Confession-Personal-Testimony/dp/1507706847/ His testimony in short form is published in "Trials and Triumphs II" on http://www.amazon.com/Trials-Triumphs-II-FaithWriters/dp/1498416012/. This book is filled with 50 inspirational testimonies and is a project of Faith Writers.
Previous Let’s Talk About Fellowship
Next “Don’t judge me…”