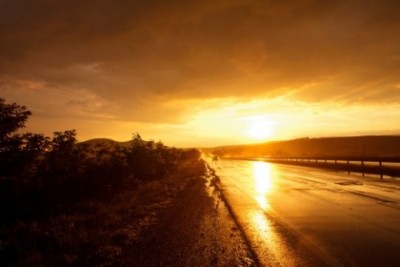 In the early afternoon of Monday, April 28th, storm cells began to rapidly develop and erupt into an outbreak of severe weather ultimately bursting into multiple tornadoes through central Alabama and Mississippi leaving various points of damage and destruction throughout the areas.

While the storm were taking place, 21-year old John Servati became known as a hero who gave up his life on that Monday in order for his girlfriend to be saved.

Both Servati and his girlfriend were seeking refuge in a basement as a tornado tore across overhead. A concrete wall in the basement collapsed on Servati due to the heavy rains weakening the wall. However, Servati was able to maintain enough strength for his girlfriend to escape before the wall ultimately collapsed back on him.

Phillip Deaton, the captain of the University of Alabama swimming team where Servati was a member stated, “He had just a genuine heart…He cared about every one of his teammates.” (Huffingtonpost.com)

In addition, James Barber, assistant coach of swimming and diving at the University of Alabama stated similar remarks about Servati. “He was someone that was almost larger than life with his personality, his perseverance as an athlete.”

John Servati chose to lay down his life that day so that his girlfriend could live. He committed the ultimate sacrifice in God’s eyes, for there is no greater love than someone who lays down his life for his friends. (John 15:13).

Our hearts and prayers go out to John Servati’s family and friends as well as to those who have suffered losses in this most recent outbreak of storms.

is an author and editor for The Bottom Line Ministries as well as a member of Faith Writers. Currently she teaches high school language arts. She is a mom to four amazing blessings and enjoys every moment life has to offer. Renee has a fervor and drive to learn, she loves to read and spend time with her family, and is involved with her local church ministries. Humbled by God’s gift of words, she has a passion to write what the Holy Spirit has placed in her heart. She hopes to publish her in-progress book someday, but in the meantime, is honored to be placed as part of the TBL writing family and is holding on to the ride wherever God is leading. Renee and her family reside in their country home in Holland, Iowa.
Previous Miriam: Dancing with Joy Before the Lord
Next The Importance of Forgiveness