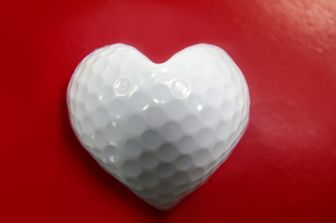 The “HEART” Of The U.S. Open Golf Championship

The “HEART” Of The U.S. Open Golf Championship

At age nine Erik Compton was diagnosed with a heart condition in which the muscle is unable to pump effectively due to being inflamed. He is now 34 but has had two heart transplants.

In Pinehurst, North Carolina, the U.S. Open Golf Championship was underway. Here is where the big names in the golfing world compete for the big prize money. In the crowd of spectators was a man looking for his son playing the 18th hole. The gentleman was Peter Compton. His son went on to win the runner-up position. In the 114-year history of the U.S. Open, Erik, who knows that every breath might be his last, had a special place in the heart of the players and fans.

Compton said, “You realize when you play in majors it’s not about your swing; it’s about what you’ve got inside, your gut. It’s the person that makes somebody special on the golf course.” This day was special for Erik Compton; it was also special for his dad.

What a fitting event and celebration that happened to take place on Father’s Day. As Peter tried to catch a glimpse of his son at the 18th hole he heard the roar of the fans in the grandstand, standing in appreciation of Erik, who had just completed one of the most remarkable comebacks in the history of golf.

Erik Compton has bounced back before. In 2007 he suffered a major heart attack. As doctors and nurses worked on him he told his dad, “I’m sorry you have to see me like this.” Now, seven years later at the U.S. Open, his dad saw his son, on Father’s Day, become the runner-up. But, instead of seeing him lying in a hospital bed he saw him being lifted up around the No. 2 course. Erik said, “If I never played golf again for the rest of my life, I think that I have made my mark in the game.”

It truly was a Father’s Day moment for Peter Compton, and a historic one for Erik. After having three hearts in his chest, he played his heart out at the U.S. Open, and won the hearts of the players and fans.

John Livingston Clark is 67 years of age and lives in central Washington State. He has written two published books, and two published poems. His initial book is called, " God's Healing Hope: Breaking the Strongholds of Wrong Thinking." His second book, released in December of 2016, is a motivational book written to seniors titled, " Seniors: Are You Retiring or Recharging?" Both books are available on amazon. You can also view his writings on www.faithwriters.com. John is available to speak on a variety of topics. Visit me at jclarkministries.com
Previous Thank You Lord for Healing Me
Next Teens: Drugs or God