Breaking News
Home / Featured / They Are Babies, The Evidence Is Undeniable 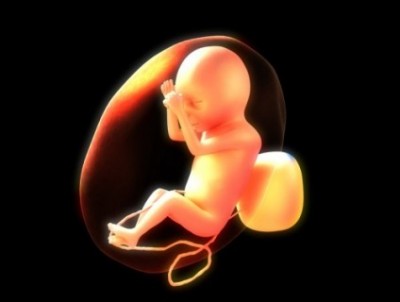 They Are Babies, The Evidence Is Undeniable

There have been tremendous medical breakthroughs in the past 42 years. So how is it that in 2015 there are those who still cling to the woman’s ‘right’ to choose – to end her pre-born child’s life? If  she decides that it is the ‘right’ thing for her. Apparently it is her right that is sacred. – It is not the precious God-given life inside of her.

Jeremiah 1:5 “I knew you before I formed you in your mother’s womb. Before you were born I set you apart and appointed you as my prophet to the nations.” NLT

There are those who want to hold more tightly to women’s rights than to see babies held tightly by their mothers.

Medical technology now provides a window into the mother’s womb. We are able to see the tiny baby moving and growing. Before sonograms and 4D imaging, it was easy to sell the blob of tissue argument. The efforts to dehumanize the baby now fail.

Some are terrified at the idea of abortion restrictions. There is not, however, any horror at the procedures that have been proven to cause pain to defenseless unborn children.

The Pain-Capable Unborn Child Protection Act is a proposed bill in the House of Representatives. This act would restrict abortions after 20 weeks. – When it has been determined that the unborn child is capable of feeling pain.

In his State of the Union address President Obama stated, “I want our actions to tell every child, in every neighborhood: your life matters, and we are as committed to improving your life chances as we are for our own kids.

Evidently, he does not believe the life of the unborn matters. He has threatened to veto any bill that would limit a woman’s right to choose.

I have to admit there was a time when I bought the lie. I recently read a post that from a young girl who stated that if she were to become pregnant she would not be ready to be a mother. She also stated that she would not be able to carry a child for 9 months then give it away. – Those were the very words I used to express my support for abortion rights. Praise God that God opened my eyes and convicted my heart.  Did you change your position on abortion? Are you uncomfortable being pro-life? Do you feel like it is not your ‘right’ to tell a woman what to do? Can we not all agree causing pain to an unborn child is wrong?

It is not about a woman’s right.

It is about what God says is wrong.

Leviticus 18:12 “Do not permit any of your children to be offered as a sacrifice to Molech, for you must not bring shame on the name of your God. I am the Lord. NLT

The annual March for Life was held in Washington DC today. Let us pray that God continues to awaken the hearts of America and that we would repent of this shame.

Melinda is currently the worship leader at her small church in rural America. Married for 23 years, she and her husband Larry have one son. She is the Director of Mailing in the print/mailing industry by day and freelance author by night. Her desire to write is a passion borne from tragedy. God used it to take her faith to a much deeper level. Melinda is a freelance writer and member of FaithWriters. She joined the TBL team in March 2014. Believing we are citizens of a greater ‘kingdom,’ her articles for The Bottom Line examine governmental responsibility, citizen involvement and current political topics. With the great wisdom contained in scripture as her guide, she looks at today’s political environment from a Biblical perspective. She prays her words will prompt the reader to view citizenship - and every aspect of their life, through the eyes of faith. Col 3:17 To read more of Melinda’s writings on her faith, hope, and life visit her blog Still Living Still Loving or her page at Faithwriters.com. You can also follow her on Twitter @MKZbk.
@@MKBzk
Previous What to do After Deliverance from Demons
Next Follow Your Heart And Trust Your Struggles