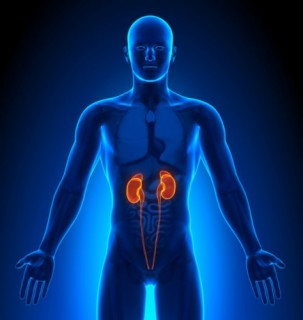 Two Year old Given a Second Chance at Life

2-year-old Adrianna Moore suffers from a rare genetic disorder.Her kidneys failed at seven weeks old. A Florida woman discovering the little girl’s plight through the internet has come forward to donate a much needed kidney. Christy Harding, a thirty-seven year old mother of a two-year-old needed to get involved and help this little girl.

Christy being a total stranger and living over 1500 miles away decided she would donate one of her kidneys to little Adriana to help her have a second chance at life. Fortunately, her kidney being a perfect match will be transplanted to Adrianna sometime in May. May, 7 Christy will fly to the children’s hospital in Minnesota.

The Moore’s unsuccessfully tried to find a kidney match for Adrianna among family members; so they turned to social media to share their plight with the world and Christy answered with a lifesaving call. Christy Harding said while discussing this option with her husband that her main motivation for helping the little girl; was she being a mother of a two-year-old sympathized with the Moore’s plight of their daughter being in a life threatening situation. She knew in her heart that if their youngster was in this same circumstance that they would want to do anything they could to save the life of their child.

Ashley Moore, Adrianna’s mother was deeply touched by Christy’s e-mail in which she told Ashley she wanted to donate her kidney to her daughter. She told ABC News she cried every time she thought about Christy’s life changing message.

Greg is a born again believer who testifies to the absolute transforming power of God's word. Greg has been called to full time ministry and He has known Jesus for most of his life. Greg received his degree in Pastoral Ministries from what was formerly Bethany University in Santa Cruz,California. View Greg blogs on iwriteforjesus.com. Greg has a book published on " To Jesus Christ the High Priest of my confession: A personal Testimony." find it on http://www.amazon.com/Christ-Priest-Confession-Personal-Testimony/dp/1507706847/ His testimony in short form is published in "Trials and Triumphs II" on http://www.amazon.com/Trials-Triumphs-II-FaithWriters/dp/1498416012/. This book is filled with 50 inspirational testimonies and is a project of Faith Writers.
Previous Elijah: Listening to God No Matter What
Next The Real You