Breaking News
Home / Our Hope / Thank You For Your Grace, Lord 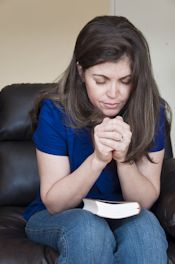 Thank You For Your Grace, Lord

2 Corinthians 12:9(NKJV)–And He said to me, “My grace is sufficient for you, for My strength is made perfect in weakness.”  Therefore most gladly I will rather boast in my infirmities, that the power of Christ may rest upon me.

“I cannot go on.” I thought I was the only one who got to that point.  Everyone around me seemed to always have their lives all figured out. Others seemed to handle everything that came their way. I love this verse because it shows us how awesome He is. It helps to know that God’s grace is always available when we are at our weakest.

I used to see a lady at church who always seemed confident and so well put together, like nothing would ever faze her. One day she told me what had been a weak point in her life.  She told me about when her daughter left home at sixteen years old.  Her daughter was her whole life. She was a single mother and did everything with her. She brought her up in the church.  The daughter loved Jesus and had been baptized when she was eight years old. They were very happy. When the daughter was fifteen, she had run into a different crowd in school.  The lady said she tried to nip it in the bud, but the boyfriend and his family seemed to over step her authority and she was helpless. It got to the point that the boyfriend’s mother would park in front of their house until she finally gave in and let her daughter leave with them.  The mother had no one to turn to for help.  When her daughter turned sixteen she left home and moved in with her boyfriend and his family.  She turned to the State Troopers and they would not help her.  They told her when a child is sixteen in the state of New York they have the legal right to leave home. They said as long as she knew her daughter was safe, had a roof over her head, and was not starving, they had no say in the matter. Even though the mother never gave her daughter permission to leave, they did not consider her as a runaway. The mother felt helpless, but she turned to God’s Word and this verse helped her know that God’s grace was enough to carry her through that time in her life. Everyone has a moment of weakness; and it is a blessing to know that God is there for us.

I have always enjoyed writing little things, poems, devotionals, little short stories and bible studies. I love God and want to glorify His name and I love praising Him. I live in upstate New York with my Chihuahua-Snowball. My children are grown and left me with an empty nest. I have lots of time on my hands and love to fill it with God's Word.
Previous Hero Puppy Saves Family
Next Repairer