Breaking News
Home / Politics / The Dangers of the Pan-sexual Agenda Part 1: What is Pan-sexuality 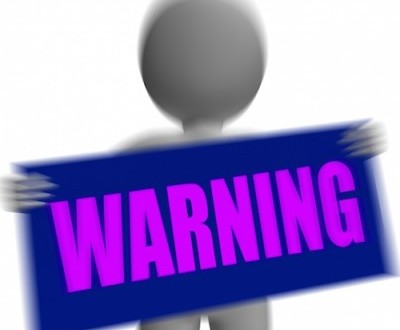 The Dangers of the Pan-sexual Agenda Part 1: What is Pan-sexuality

Often called the homosexual agenda, it is in truth a pan-sexual agenda that is happening. Pan-sexuality is defined by the LGBT community as quote:

“Pansexual is a term that has been growing in recent years as a way for people to better identify their sexual identity. The word Pansexual is derived from the Greek prefix pan, meaning “all”. The term is reflective of those who feel they are sexually/emotionally/spiritually capable of falling in love with all genders. [1]

Definition: Pansexuals have the capability of attraction to others regardless of their gender identity or biological sex. A pansexual could be open to someone who is male, female, transgender, intersex, or agendered/genderqueer.”

In other words pansexuality is an anything goes, nothing is off limits type of sexuality. Men, women, children, old, young, animals, nothing is taboo, everything is permitted. It is into this sort of organized, activist driven perversion that we are sending our children when they go to school. They are not safe and the danger is getting worse every day. We no longer look out for their best interests, instead we give them money, video games, the internet to keep them occupied. And when that is not enough, we give them drugs to silence them and make them more docile. We have become a society that systematically abuses children and we call it progress. The abuse is emotional, physical and sexual.

Children are being made obese through sitting around eating junk and playing on computers. They are neglected by not having values and virtues instilled in them, so they seek out attachments in the form of texting and video games. And the sexual abuse, that is the worst part of the abuse we do to our children, and what’s more, many of us actually champion this abuse.

The evil we have given into is dragging us into a darkness few have the courage to look into. That darkness is a nightmare full of screaming children as they are sexually defiled and abused, pimped out and put on display like pieces of meat.

Currently the child exploitation industry, which includes child pornography and sex slavery/human trafficking is a multibillion dollar a year industry, and despite it being illegal, it continues to grow in size and profitability. And it is scheduled for a massive surge in both business as well as a public relations makeover.

The Left, and their sick ideas are growing all across the Western World and typically what happens in one area will happen in other areas as well–same sex marriage being one example. Currently in the province of Ontario, in Canada, the Liberal Party run government, under the openly lesbian Premier Kathleen Wynne, is implementing the most depraved sex education curriculum ever devised, which has been conceived of by convicted pedophile Ben Levin. Ben Levin was the “esteemed educator”, tenured University of Toronto professor and former Ontario deputy education minister who liked to frequent an online incest chat room to counsel single moms on how to sexually assault their daughters for his pleasure and theirs, a site where his profile listed his sexuality as “nothing is taboo” and who pled guilty to creating child pornography, possessing child porn and counselling to commit a sexual assault.

“Realizing the Promise of Diversity: Ontario’s Equity and Inclusive Education Strategy” sets out a “vision for an equitable and inclusive education system.” He wrote “the principles of equity and inclusive education should be embedded into all aspects of board and high school operations including program, employment, research, curriculum, resources, instructional and assessment practices.”[2]

What could a degenerate whose sexuality is self-described as “nothing is taboo” mean by this?

In part 2 I will go  into the depraved indoctrination and sexual grooming Canadian children will be put through.

Jonathan Kotyk is a student, self taught philosopher, recovering addict and born again Christian. He has spent time on both the far Left and Far Right side of the political spectrum and lives in Canada.
Previous Before God and Man: Which Oath Will You Honor?
Next Archaeologists Unearth A “Goliath” Of A City