Punishment in early American life was often public and quite humiliating to the offender. The Puritans of New England believed what God said, taking their laws directly from the bible. Drunkenness, fornication, and even smoking brought down the gavel as fast as stealing from a neighbor.  Scarlet letters were worn by offending women, letting everyone know about their character flaws. Those who enjoyed liquor to excess were fitted with a sign that said “drunkard” in large letters. Speaking ill of someone’s character was something clacking tongues thought twice about, lest they be found out and fitted with a “cleft stick” on their tongue to keep them from having loose lips.

Sin is still deceptive, it whispers the promise of pleasure and freedom with no consequences. We are often seduced by the belief that no one will know what we have done. God offers us the free gift of salvation through trust in Christ, in exchange for the eternal cost of our sinful choices.  When temptation comes your way, consider the penalty:

For the wages of sin is death, but the free gift of God [that is, His remarkable, overwhelming gift of grace to believers] is eternal life in Christ Jesus our Lord. Romans 6:23

The biblical standards that the Puritans took to heart when dealing with sin in their lives have never changed, nor has the final cost of sin. Accept the free gift of salvation in exchange for the eternal cost that  sin always brings.

My husband Dan and I have three children and three grandchildren. We live in central Illinois. I am a graduate of The Institute of Children's Literature, a member of faithwriters.com, and a member of SCBWI. My writings have been published at chirstiandevotions.us, in DevotionMagazine, the PrairieWind Newsletter, and here at thebottomline.co.
Previous How Are Your Tests Going?
Next What is Hidden 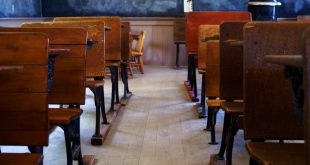 How Are Your Tests Going?

A Word That Will Save Your Life

Most of us  learn things from our father as little children that we draw upon ...