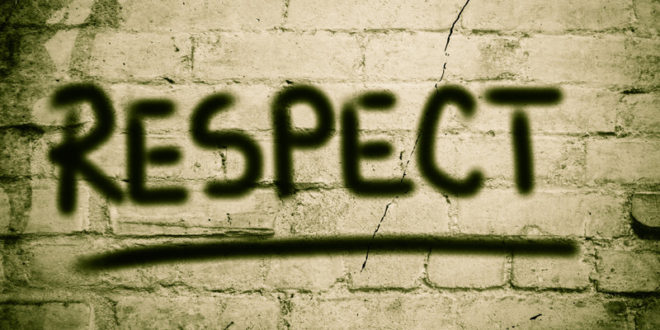 Respect was certainly a part of the learning experience in our elementary school. It began when we entered the building each morning. As our principal waited inside the doors to greet us at the start of each new day, any boy who had forgotten to remove his baseball cap had it promptly swooshed from his head and handed to him by Mr. Daily.  The Pledge of Allegiance was recited each morning before class began, and all would rise from their desks, placing hand over heart. Any fooling around during this show of respect earned the offender a 30-minute stay after the last bell rang, and a note sent home—something that brought more discipline!

The school we attended had been built in 1916 and was made of sturdy brick with a huge smokestack jutting skyward that had once been struck by lightning. Engraved above one set of doorways were the words Boys Entrance, and on the other side of the building, above another set of doors, were the words Girls Entrance. In the early days, even entrance to the school showed respect for order and rules.

Respect started in the home for most children. You cleaned up your messes, you answered parents and other adults with respect, you said “please” and “thank you”, and in many homes even asked permission to leave the dinner table after your meal.

Showing respect towards authority, property, and peers wasn’t a new expectation in my era. Godly respect is interwoven throughout the bible. Even Job, who suffered unjustly, showed reverential fear to his God through his respect towards His Word. It was part of his worship, and it should be part of ours as well:

“But to man He said, ‘Behold, the reverential and worshipful fear of the Lord—that is wisdom; And to depart from evil is understanding.”  Job 28:28

We don’t often think of respect for the Lord as an aspect of fear towards Him, but it is very much a part of godly fear, and so also is  showing proper respect towards authority placed in our lives.  It is truly an act of worship, something we do because we love God and put our trust in Him, not man.

Respect can be difficult in our rebellious society, and people may at times be unworthy of our show of respect. But giving God the respect due Him through our obedience will only benefit us.  Let’s be wise like Job and give respect– in honor to God.

My husband Dan and I have three children and three grandchildren. We live in central Illinois. I am a graduate of The Institute of Children's Literature, a member of faithwriters.com, and a member of SCBWI. My writings have been published at chirstiandevotions.us, in DevotionMagazine, the PrairieWind Newsletter, and here at thebottomline.co.
Previous Lesson From a Lunchbox
Next When God Says “If”

Children have a unique ability to slow down and notice things. This is why as ...