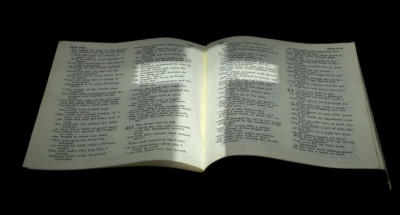 Remember “the look” from childhood? It could be scary, but it could also be a strong deterrent from getting into mischief or saying the wrong thing at the wrong time. Most of our parents were really good at it! Teachers often had some of those same looks, turning their attention from the blackboard to a student talking or fidgeting. It was often the last warning before a trip to the principal’s office. Even the neighborhood moms could give those “careful, now” glances. As adults, we realize that they had our best interest at heart with their unspoken warnings. Those looks were for our own good.

The prophet Jeremiah had trouble with some of the looks he received because they were not for his good.  God showed him how to handle the intimidation and fulfill his calling:

“Before I formed you in the womb, I knew you [and approved of you as My chosen instrument], And before you were born I consecrated you [to Myself as My own]; I have appointed you as a prophet to the nations.” Then I said, “Ah, Lord God! Behold, I do not know how to speak, For I am [only] a young man.” But the Lord said to me, “Do not say, ‘I am [only] a young man,’ Because everywhere I send you, you shall go, And whatever I command you, you shall speak. “Do not be afraid of them [or their hostile faces], For I am with you [always] to protect you and deliver you,” says the Lord.   Jeremiah 1:5-8

There are times when looks don’t count for much. When it comes to obeying God or gaining the approval of others, be like Jeremiah–don’t let a look of disapproval from someone else decide for you!

My husband Dan and I have three children and three grandchildren. We live in central Illinois. I am a graduate of The Institute of Children's Literature, a member of faithwriters.com, and a member of SCBWI. My writings have been published at chirstiandevotions.us, in DevotionMagazine, the PrairieWind Newsletter, and here at thebottomline.co.
Previous Our Faith, the Victor
Next Wisdom Is Always Worth the Lesson