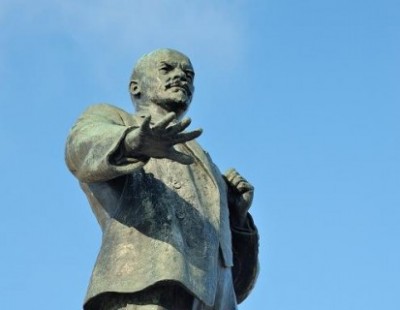 How should Christians respond to a rogue government

A Christian Response to Rogue Government

When the Nazis rose to power in Germany in the 1930s, many German Christians did not resist their hellish ideals, but instead incrementally compromised with Hitler’s party. These “German Christians” sliced and skewed Scripture so as to omit entire books of the Bible, even arguing that Jesus wasn’t a Jew, but an Arian!

One of the Scriptures that even sincere Christians cited, as a means to leave Hitler’s murder unopposed, was Romans 13:1-5:

“Every person is to be in subjection to the governing authorities. For there is no authority except from God, and those which exist are established by God. Therefore whoever resists authority has opposed the ordinance of God; and they who have opposed will receive condemnation upon themselves. For rulers are not a cause of fear for good behavior, but for evil. Do you want to have no fear of authority? Do what is good and you will have praise from the same; for it is a minister of God to you for good. But if you do what is evil, be afraid; for it does not bear the sword for nothing; for it is a minister of God, an avenger who brings wrath on the one who practices evil.”

Many people who can recite the first two verses of Romans 13 miss the context of the entire passage. If we read the whole passage, we see the God-given purpose of authority is to encourage good behavior. “Do what is good and you will have praise from [rulers] . . . but if you do evil, be afraid” (vv 3-4).

If a government punishes good behavior and praises wickedness, it is not acting under godly authority, but has become a rogue government.

Do you see evidence of this happening in the United States? If so, how should a Christian respond?

In Acts 4, Peter and John are arrested by the authorities for preaching the Gospel. The authorities later decide to let them go, but: “they commanded them not to speak or teach at all in the name of Jesus.”
(v. 18)

“But Peter and John answered and said to them, ‘Whether it is right in the sight of God to give heed to you rather than to God, you be the judge; for we cannot stop speaking about what we have seen and heard’ ” (Acts 4:18-20).

Later they prayed, ” ‘And now, Lord, take note of their threats, and grant that Your bond-servants may speak Your word with all confidence, while You extend Your hand to heal, and signs and wonders take place through the name of Your holy servant Jesus.’ And when they had prayed, the place where they had gathered together was shaken, and they were all filled with the Holy Spirit and began to speak the word of God with boldness.”

Good government is God’s will. His will is also that none should perish. (2 Peter 3:9) Whether you attribute our current government to God’s sovereign will, or if you cite problems in the church as a cause of America’s condition, the fact remains: we must ask for more of the Holy Spirit to speak boldly in the face of that which is hostile to the gospel.

What commitment is God calling you to make to the Gospel, in light of an increasingly lawless government?

Emily Tomko's radical encounter with the Lord while at a nightclub changed her life forever and inspired her first novel, College Bound: A Pursuit of Freedom. She is the author of seven books, including 31 Thoughts on Prophecy and Leaving the Shallows: igniting the faith that overcomes the world. Her tastes tend toward vintage and she's a Germanophile, having spent a year in Bremen and Nuremberg. Emily loves the scriptures and writes with fierce compassion and a deep desire to see people freed from the miry clay of this world and walking in the truth.
Previous Is God a Stranger to You?
Next Power of Words