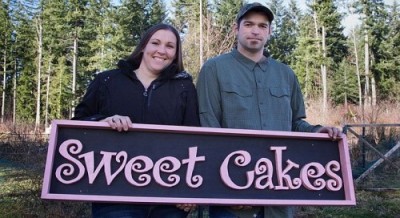 Sweet Cakes by Melissa was a bakery owned by Aaron and Melissa Klein in the Portland, Oregon area. It closed in 2013 due to a complaint by a lesbian couple, one of the many here-we-go-again “discrimination” lawsuits filed for refusing to bake a cake for their wedding. On July 3, 2015, Oregon Labor Commissioner Brad Avakian upheld the initial ruling by a judge. He fined the Klein’s $135,000, but it didn’t end there.

The owners were told not to publicly say that they do not bake cakes for homosexual couples, and were given a “cease and desist”order which, according to an article written by Rachel Lu of The Federalist, “effectively decrees they must refrain from stating their continued intention to abide by their moral beliefs.”

The complaints of the two lesbians include a list of 178 emotional “pains and sufferings” listed by Joe Carter of “The Gospel Coalition.”  Journalist Michael Brown responded to the list by saying, “Any fair court would have recognized the absurdity of the list.”

This case, however, has another sour side to it. The Daily Signal uncovered communication evidence pointing to the Bureau of Labor and Industries working alongside Basic Rights Oregon, a pro-LGBT group based in Portland. It was a “I’ll scratch your back, you scratch mine” kind of scenario. Maybe the group should better be labeled, “Basic Rights for Gays Only.” The Klein’s attorney said that any “possibility” of collusion is a problem. Aaron stated that he knew from the beginning that Labor and Industries was working with the LGBT group to put their bakery out of business. He believes the only way that justice would be served was to try the case in civil court, to ensure “due process.”

What is Aaron and Melissa Klein’s response to the ruling? It is reported that on their Facebook page they posted the following: “We will NOT give up this fight, and we will NOT be silenced. We stand for God’s truth, God’s Word, and freedom for all Americans.”

We live in a time when lawlessness is increasing, and people’s “love will grow cold”, as prophesied in Matthew 24:12. The opposition has a stone-cold heart toward justice, basic human rights, and spiritual truth and morality, directed at Christians. “So, why play by the rules when it’s open season on Christians and their faith?” (Michael Brown)

In what ways can Christians peacefully “fight” for their beliefs? How can they “refuse” to be silent? Aaron Klein has stated that Christians need to get ready for civil disobedience. What do you think about that?

John Livingston Clark is 67 years of age and lives in central Washington State. He has written two published books, and two published poems. His initial book is called, " God's Healing Hope: Breaking the Strongholds of Wrong Thinking." His second book, released in December of 2016, is a motivational book written to seniors titled, " Seniors: Are You Retiring or Recharging?" Both books are available on amazon. You can also view his writings on www.faithwriters.com. John is available to speak on a variety of topics. Visit me at jclarkministries.com
Previous Heavenly Tears Over Supreme Court Ruling on Gay Marriage
Next Making the Best of a Bad Situation