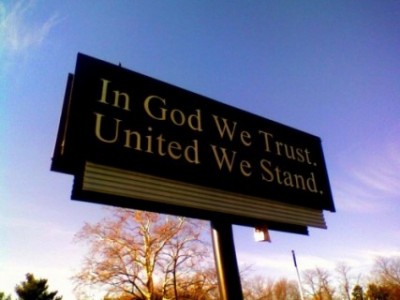 There are many people who are standing by their convictions in light of the recent Supreme Court decision. A telephone survey revealed that 33 percent believe the ruling should be ignored, a 39 percent increase from four months ago. According to journalist Austin Ruse of Breitbart News,

“Rather than simply having a negative view of the Court and its decision, many now seem to believe we are in a constitutional crisis that requires states to stand up to the Court.”

It is encouraging to know that many Christians all across the nation are standing by their beliefs in traditional marriage, even at the cost of sacrificing their jobs. Here are several cases that have already happened:

“would rather resign than submit to issuing marriage licenses to same-sex couples…I honestly believe that God will take care of us.”

After 24 years, the county clerk in Grenada County, Mississippi, submitted her resignation to “obey God rather than man.” In a letter to the Board of Supervisors she wrote, “My final authority is the Bible.” Also in the same state, a clerk in Cleburne County has left because “it is definitely a moral conviction for me.”

In Rowan County, Kentucky, marriage licenses are no longer being issued. The clerk stated, “It goes against everything I hold dear, everything sacred in life. ”

Our culture is already beginning to see, with these examples and many more to follow, what real Christians are made of; A refusal to go along with the moral and spiritual decay. They are adhering to biblical teaching that has served humanity well for thousands of years. Even though these individuals are forfeiting their income, “God will take care” of them, and they believe their “final authority is the Bible.”

Even in the midst of a job loss, ultimately they will be overcomers. They have put their confidence in God’s provision and love.

Romans 8:37-39 says,”But in all these things we overwhelmingly conquer through Him who loved us. For I am convinced that neither death, nor life, nor angels, nor principalities, nor things present, nor things to come, nor powers, nor height, nor depth, nor any other created thing, shall be able to separate us from the love of God, which is in Christ Jesus our Lord.”

God’s love transcends any action by a human court. And God will honor the decision of these people and others in the future with great blessing, for

Matthew 5:10-12 states, “Blessed are those who have been persecuted for the sake of righteousness, for theirs is the kingdom of heaven. Blessed are you when men cast insults at you, and persecute you, and say all kinds of evil against you falsely, on account of me. Rejoice, and be glad, for your reward in heaven is great…”

God’s love was demonstrated through his Son, Jesus, when he died upon a cross and rose from the dead. It is because of that, and a transformed nature through His power and grace, that we are seeing Christians taking a stand in response to that love. And that love means being faithful to his teachings. It has nothing to do with judging others. God’s love for humanity, gay or straight, is the greatest heartwarming story of all time.

The day may come when you will have to make the same decision. Is your confidence in God or in a job? How much do you believe that God loves you? Enough to take care of you no matter what happens if you take a stand for Him?

John Livingston Clark is 67 years of age and lives in central Washington State. He has written two published books, and two published poems. His initial book is called, " God's Healing Hope: Breaking the Strongholds of Wrong Thinking." His second book, released in December of 2016, is a motivational book written to seniors titled, " Seniors: Are You Retiring or Recharging?" Both books are available on amazon. You can also view his writings on www.faithwriters.com. John is available to speak on a variety of topics. Visit me at jclarkministries.com
Previous The Divorce God Approves Of
Next What are Today’s Cartoons Teaching Our Kids?