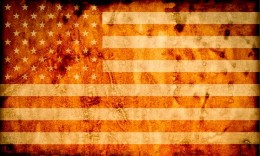 What do America and Hitler's Third Reich have in common?

What does the rise of Adolf Hitler and the Third Reich have to do with America’s current sociopolitical climate?

An interest in German martyr, Dietrich Bonhoeffer, has resurged, perhaps because of parallels with Christians in the current United States. Bonhoeffer’s biography crystallizes the spiritual nature of Hitler’s rise to power. Here are a few ingredients trending in current culture that have a troubling precedent in Hitler’s rise to totalitarianism:

National Socialism (Nazism) as applied Darwinism: The idea of a master race devoid of inferior genes heavily influenced the Nazis; eugenics and Social Darwinism paved the way for the atrocities committed on human beings. America’s academia and science, in large part, worship at the altar of Charles Darwin and his theory of evolution, just as their counterparts in Germany did.

Disposal of “inconvenient” people: Abortion and euthanasia are not new, but they became socially acceptable in Hitler’s T-4 program. According to Encyclopedia Brittanica, “the T-4 Program was  a euthanasia program designed to kill incurably ill, physically or mentally disabled, emotionally distraught, and elderly people…A new bureaucracy, headed by physicians, was established with a mandate to kill anyone deemed to have a ‘life unworthy of living.’” This was a further outworking of applied Darwinism. One need not look far to hear firsthand how a doctor encouraged a parent to kill his or her offspring because of potentially “inferior” biology.

Rise of a false Christ: “It is when people forget God that tyrants forge their chains,” said Patrick Henry. The spirit of antichrist is already in the world (1 John 4:3), and history is full of false christs. Hitler was one of them. An Austrian, he came onto the scene in Germany as a benevolent father and Fuhrer, seducing a weary nation. Narcissist and sociopathic, Hitler was ultimately for himself and his own agenda, despite his promises to the people.

Bullying and opposing truth in order to govern mindsets: Have you noticed how speaking a godly belief makes you the target of a firestorm? The heart of the homosexual agenda, for example, is not gay rights so much as it is silencing the truth. Consider this quote from Josef Goebbels, Hitler’s propaganda minister: “If you tell a lie big enough and keep repeating it, people will eventually come to believe it. The lie can be maintained only for such time as the State can shield the people from the political, economic and/or military consequences of the lie. It thus becomes vitally important for the State to use all of its powers to repress dissent, for the truth is the mortal enemy of the lie, and thus by extension, the truth is the greatest enemy of the State.”

Incrementalism: Hitler’s National Socialists (Nazis) did not start their atrocities immediately. Their campaign began gradually, promising exciting change, quietly usurping political authority and transferring power from the family and church to the state.

Underscoring all of these problems was a compromised church: A group calling itself “the German Christians” aligned themselves with the culture over God’s Word, repudiating entire portions of Scripture that did not fit their agenda. Does this sound familiar?

As a church, God is calling us to be like the sons of Issachar, “who understood the times, with knowledge of what [the nation] should do” (1 Chron. 12:32, NASB). What do you do with your knowledge of the times? How is God calling you to pray? To speak out? To act?

Emily Tomko's radical encounter with the Lord while at a nightclub changed her life forever and inspired her first novel, College Bound: A Pursuit of Freedom. She is the author of seven books, including 31 Thoughts on Prophecy and Leaving the Shallows: igniting the faith that overcomes the world. Her tastes tend toward vintage and she's a Germanophile, having spent a year in Bremen and Nuremberg. Emily loves the scriptures and writes with fierce compassion and a deep desire to see people freed from the miry clay of this world and walking in the truth.
Previous Why The Law Became Obsolete
Next Designer of Choice, Author of Love