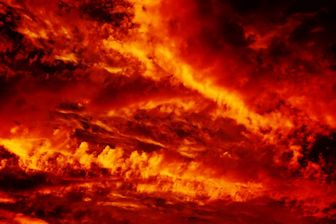 Elijah: Listening to God No Matter What

Elijah: Listening to God No Matter What

1 Kings 18:21-22 And Elijah came unto all the people, and said, How long halt ye between two opinions? if the LORD be God, follow him: but if Baal, then follow him. And the people answered him not a word. Then said Elijah unto the people, I, even I only, remain a prophet of the LORD; but Baal’s prophets are four hundred and fifty men.

Here’s the situation. There were four hundred and fifty prophets of Baal and then there’s Elijah. The contest was to see whose God was the true God. Elijah may have been outnumbered but he certainly wasn’t outgunned.

So, Elijah threw down the challenge:

The prophets of Baal were certain they had this contest in the bag, so they quickly agreed to Elijah’s challenge. So they chose a bullock, dressed it, and began calling out to Baal. They even danced around and cut themselves with lancets hoping to get Baal’s attention. Apparently Elijah saw some humor in this and he mocked them, suggesting that Baal was asleep, busy talking, or on a journey. So the prophets of Baal called out to there god all throughout the day to no avail. There was no answer from Baal. No, none at all.

Now it’s Elijah’s turn. He dressed the alter just as the Lord had commanded. This included taking twelve stones, which was the number of the tribes the sons of Jacob. Not only did he do this, but he had the people fill four barrels of water twice and poured it on the offering. Then he had them do it a third time, which overflowed and filled a trench that was surrounding the alter. Eventually the time came for Elijah to call out to God and the results were amazing:

1 Kings 18:36-37 And it came to pass at the time of the offering of the evening sacrifice, that Elijah the prophet came near, and said, LORD God of Abraham, Isaac, and of Israel, let it be known this day that thou art God in Israel, and that I am thy servant, and that I have done all these things at thy word. Hear me, O LORD, hear me, that this people may know that thou art the LORD God, and that thou hast turned their heart back again.

As soon as Elijah called out to the Lord, fire came down from the heavens and completely consumed the sacrifice. Not only was the water-drenched bullock consumed, but also the wood and the stones. Even the water in the trenches was licked up. Wow, that must’ve been an amazing site to behold.

Friends, lets have the faith of Elijah to do things that the Lord asks us to do, no matter how big or small they may seem. Lets also not be afraid to challenge followers of false gods. Remember, we are rooted in Truth and have nothing to fear. Our God will bring us through, just like He did with Elijah versus the four hundred and fifty prophets of Baal. Lets have faith in our Amazing and Glorious God. Thank you for reading and God bless.

Joel M. Bauer is a 45-year-old U.S. Army Veteran from Dunn, NC, which is just outside of Raleigh. After being honorably discharged from the U.S. Army, he attended school at Taylor University, a Christian liberal arts school, in Fort Wayne, IN, where he received his BS in social work and psychology. He has worked in such places as a homeless shelter, a community based treatment center for severe mental illnesses, a school for troubled students, and other social service agencies. His current endeavor is to build The Bottom Line website into a site that inspires both Christians and non-Christians alike, and brings glory to God.
Previous From Physical Prison to Spiritual Praise
Next Two Year old Given a Second Chance at Life