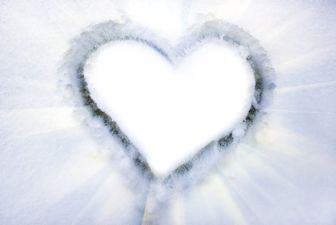 Go, And Sin No More

Go, And Sin No More

Friends, I want to talk to you about arguably one of the most beautiful scriptures in the Holy Bible. I’m sure many of you know this one. In John 8, Jesus is approached by the scribes and the Pharisees. whom have captive a woman who was caught in the act of adultery. Keep in mind, the man who committed the act was nowhere to be found. This scene is clearly a trap, as the men question Jesus as to whether He should follow the law of Moses and direct them to stone the woman.

In this scene, Jesus does for the woman what he does for all of us. He reaches out to her. You see, he was more concerned about the repentance of the woman and the correction of the accusers than seeing the woman mortally punished. He wanted her to go on to live a healthy and productive life without sin. So, what happens? He writes in the sand words that convict the accusers. and from the eldest to the youngest they depart. The trap is parried, the villains are defeated, and the maiden is saved. It almost sounds like a fairy tale.

Something many people don’t realize is that God may be a judge, but he is not an accuser. In fact, Satan is named as the accuser of the brethren in Rev 12:10. God is merciful, loving, and hates sin. He literally detests it and wants to rid you of it completely. That is why he sent his only begotten Son to die for you on the cross at Calvary. I mean He hates sin so much that Hab 1:13 tells us He can’t even look at it. Also, we are told in Psalm 103:12 that when He removes our iniquities He casts them as far as the east is from the west.

When we believe that God is looking to judge us or punish us it is an illusion. It’s a lie. It’s simply not real and you are believing what the enemy wants you to believe. This does not mean that God has never lovingly corrected, protected, or had to judge, but it’s not his desire to judge us. It’s his desire for us to have eternal life. He wants to say, “Well done my faithful servant..”

If you are reading this, it is certainly not too late to get your life together and “go, and sin no more.” Don’t be cheated out of the forgiveness and love that is waiting for you. Don’t miss out on being clean of your iniquities. If you’re struggling with sin, cast your cares to the Lord and let Him cleanse you. He’s always ready and willing to listen to you and loves you immensely. Thank you for reading and God bless.

Joel M. Bauer is a 45-year-old U.S. Army Veteran from Dunn, NC, which is just outside of Raleigh. After being honorably discharged from the U.S. Army, he attended school at Taylor University, a Christian liberal arts school, in Fort Wayne, IN, where he received his BS in social work and psychology. He has worked in such places as a homeless shelter, a community based treatment center for severe mental illnesses, a school for troubled students, and other social service agencies. His current endeavor is to build The Bottom Line website into a site that inspires both Christians and non-Christians alike, and brings glory to God.
Previous OUR HOPE: God’s Living Word
Next Is A Bedtime Routine Important?