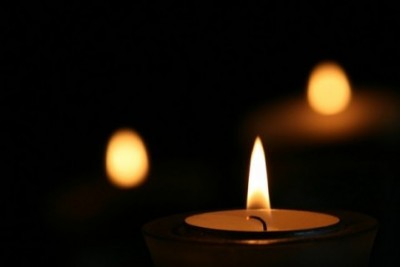 Herald His Return, Light the Way

I remember being eighteen years old and people asking me questions about my future. What college was I going to attend? What course of study or major was I going to pursue? How did I plan to use my degree after graduation? I was excited to talk about the future. I had my whole life in front of me, and I was going to do great things. You have been there. Young, optimistic, and on fire to change the world. Do you still have that spark or has something changed?

At some point, dreams fade and reality shifts our focus. Instead of dreaming about our role in the career that changes the world, we dream of having enough money to pay all the monthly bills. Priorities veer from late night Bible study to having the laundry caught up, dinner on the table after a long day of work, and getting into bed by 10pm. Life has a way of taking over our intentions and limiting our vision to this moment. I want to encourage you not to let this happen, to fight for your purpose, and to serve God to the fullest every moment of every day.

“There was a man sent from God, whose name was John. The same came for a witness, to bear witness of the Light, that all men through Him might believe. He was not that Light, but was sent to bear witness of that Light” (John 1: 6-8). John the Baptist was a man like any other. He had a choice to be used of God or to pursue his own desires. He chose God’s plan and became the messenger that foreshadowed Jesus’s ministry and ultimately His sacrifice. In his day to day walk, John chose to live a life that reflected God and showed those around him the way to repentance.

We are called to do the same thing today. Just as John’s witness signaled the coming of Christ, our witness signals the return of Christ. The message is the same; “Repent ye: for the kingdom of heaven is at hand” (Matthew 3:2). The plan is the same; “I am the way, the truth, and the life: no man cometh unto the Father, but by me” (John 14:6). The goal for the believers to light the way is the same. “Ye are the light of the world. A city that is set on an hill cannot be hid. Neither do men light a candle, and put it under a bushel, but on a candlestick; and it giveth light unto all that are in the house. Let your light so shine before men, that they may see your good works, and glorify your Father which is in heaven” (Matthew 5: 14-16).

Wherever you are today, whatever your responsibilities, God has a plan for you. He wants you to herald humanity’s need for His saving gift. He wants you to be a light to guide those around you living in darkness. He wants you to show His love to this lost and dying world. With this in mind, let us pick up the torch and “run with patience the race that is set before us” (Hebrews 12:1)! Let us rediscover passion and press onward with the daring, enthusiasm of the young! Let us charge forward knowing that God has not given up on us but continues to offer dreams, purposes and plans for our lives! Let us herald His return and light the way to Him!

Heidi Lynn has a passion for women's ministry and can be found writing at Chronicles of a New Creation. Heidi believes that as Christian women, we were created to serve our families, our churches, and our communities. With this calling in mind, she writes and speaks about organization in homes, families, and spiritual lives.
Previous How our Prayers Affect the Spiritual World
Next Family Smith: Kings and Queens Of The Hill