Breaking News
Home / Faith / Keep Your Word–Even When It Hurts 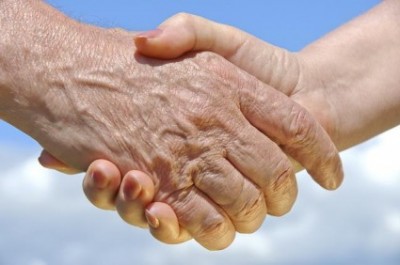 the righteous keeps an oath even when it hurts him

Keep Your Word–Even When It Hurts

He could hardly believe his ears. His daughter, who’d been estranged from him for the last seven years, by her own choice, wanted money. She’d rebelled against his rules, opted to live out her teen years exclusively with her mother (who had few rules), and in essence, disdained a relationship. Now, he knew why she was back in the picture. She wanted him to co-sign an $18,000 loan. It would be her junior year of college, and she had exhausted other resources. Her mother had no credit, and her other relations had declined to co-sign, again. Her father was her last resort.

He was tempted to laugh. How dare she come to him, after years of flagrant disrespect? He had worried over her well-being, prayed for her deliverance, and written her letters and shown up at school events to show her he still cared, all the while paying a prodigious sum of child support each month, which had never been part of the initial agreement when her mother left. His daughter had remained hard-hearted through all of it. He could see, looking at her now, she was unchanged. If anything, the only difference was that she had learned how to manipulate and cajole.

But he did not say all this. He told her that he’d pray about it.

He had always planned to help his daughter with college; he had told her mother that when she’d left him for another man and they’d had to write the divorce agreement–the one that her mother had broken. But he never anticipated the path his own child would take, of haughtiness and hostility. He also knew his daughter could default on the loan, perhaps even for spite.

Now, she was 21, and technically an adult. Legally nothing was forcing him to shell out any more money for her. But when he prayed, the Scripture that came to mind was from Psalm 15:1-4:

“O Lord, who may abide in Your tent? Who may dwell on Your holy hill? He who walks with integrity, and works righteousness, and speaks truth in his heart … He swears to his own hurt and does not change.”

The NIV phrases the righteous man in Psalm 15:4 this way: “[the one] who keeps an oath even when it hurts, and does not change their [sic] mind.”

This earthly father felt the heavenly Father was telling him to provide for his rebellious daughter, even though she had done nothing to deserve it; and even though it might cost him some day. He prayed further about it with church leadership and felt he should meet with his daughter and bless her, and tell her he’d co-sign the loan.

This happened last summer to someone very close to me. It was a dilemma that in the natural felt unpleasant, but proved to be a test. Would the oath be upheld, even at cost, both to personal pride and possibly finances?  Such is the level of integrity that is being called forth from those who would abide in God’s tent, and dwell on His holy mountain.

This isn’t the end of the story, but would you like to know what happened next? One week passed during which the man waited on God to be sure of the answer. When he called his daughter to tell her his decision, she told him that she’d been informed by mail the prior day that she’d received some kind of grant. Her tuition for the year was covered, and enough was left over to purchase books. She did not need the co-sign after all.

Is there a promise you’ve made to someone, perhaps many years ago, that will hurt you if you keep it? Are you in a marriage that is no longer fun, but God is calling you to honor your covenant? Have you considered how God will reward your faithfulness to Him?

Emily Tomko's radical encounter with the Lord while at a nightclub changed her life forever and inspired her first novel, College Bound: A Pursuit of Freedom. She is the author of seven books, including 31 Thoughts on Prophecy and Leaving the Shallows: igniting the faith that overcomes the world. Her tastes tend toward vintage and she's a Germanophile, having spent a year in Bremen and Nuremberg. Emily loves the scriptures and writes with fierce compassion and a deep desire to see people freed from the miry clay of this world and walking in the truth.
Previous The Many Attributes of God’s Character
Next A Little Less HGTV; A Little More Contentment