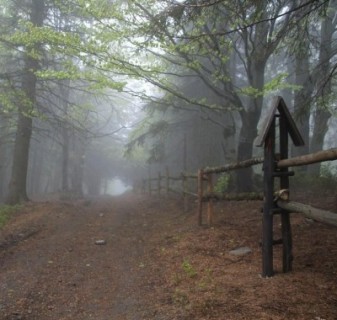 Many highly esteemed, highly paid, famous entertainers have managers of their lives and time.  These managers work arduously to present their clients in an appealing, marketable way.  The goal is to secure a coveted place in the entertainer’s talent area thereby expanding their wealth and influence.

” … fill thine horn with oil, and go, I will send thee to Jesse the Bethlehemite: for I have provided me a king among his sons” (I Samuel 16:1).

David, a young shepherd boy, didn’t have the benefit of a personal manager, yet, he was appointed by Almighty God to a position of great esteem–King of Israel reigning over the people of God.  To most, this opportunity lands in the category of the “ultimate dream job”.

” … Then Samuel took the horn of oil, and anointed him [David] in the midst of his brethren: and the Spirit of the Lord came upon David from that day forward!” (Samuel 16:13)

David didn’t make any efforts of his own that might have given him bragging rights to claim responsibility for earning this prestigious position.  Quite frankly, I figure it caught him by surprise.  He was just an obedient son doing the jobs appointed him by his father.  Little did David know that Jehovah Jireh had been using every little positive and negative in David’s life to equip him to be the next King of Israel.
(I Samuel 17:33-37)  God even arranged David’s appointment as King Saul’s “soother” during times of demonic oppression because someone happened to see David play the “harp” really well.  (I Samuel 16:23)

David didn’t get the position because of his countenance or stature, but because God saw that David’s heartbeat was the same as His. David was humble yet confident.  He had a lifestyle of choosing righteousness over personal gain.  He had learned obedience and accepted it with joy as he matured.  And even if David felt unqualified, God added to David that which he might have thought he lacked.  The Holy Spirit’s presence with him redefined David’s approach to life by giving him, deep down inside, a king’s heart.  (I Samuel 17: 45-47)

God had an assignment for David and Almighty God opened doors of opportunity.  He sent David to the battle sight with food for his brothers, which exposed David to the blasphemous words of the Philistine giant, Goliath, which revealed David’s bold determination to unflinchingly volunteer, taking on what looked to be an impossible goal–kill the giant.  God managed David’s life and times perfectly.  David chose to trust his God and faithfully obey.  God wants to do the same for you and me as He did for David.

If you have been stressing over a hoped for appointment or wringing your hands over the lack of a “life” manager, let the presence of God bring you peace.  Just as He was in control of David’s life and times, God is in control of yours.  He is a perfect manager. Our job is to trust Him, obey Him, and not be afraid.  He will promote us and bring His favor to rest upon us as He sees fit.

What area of your life do you need God to manage?  Do you think your human limitations are any match for God’s unlimited, supernatural abilities?

I just love walking outdoors - day or night. I identify most with the creative side of God and am energized by His artistry all around this world. He amazes me every time I turn around! Yeah, God and thank you, Jesus.
Previous 3 Biblical Tips for Dealing with Difficult People
Next Mom, You Have 950 Weeks to Influence the Next Generation