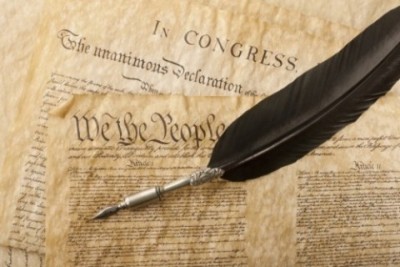 Are you shocked when you turn on the nightly news and hear of yet another egregious assault on the Constitution – by the very government that is supposed to be upholding it? Have you begun to feel helpless against the bloated government and political cow-towing and corruption? Perhaps you are infuriated by abuses of government agencies such as the IRS targeting citizens for scrutiny. Maybe you have awakened from a peaceful slumber to find religious liberty is being trampled upon in the name of alleged, perceived, or contrived, “civil rights” violations.

You are not alone.

Oh how the American people are so much like the Israelites – wanting what we want, when we want it. We refuse to heed the warnings. 1 Samuel 8:1-18

Our elected officials and courts have proven themselves to be partisan and ineffective at best, and self-serving, agenda-driven, and corrupt at their worst. The founding fathers of this country knew full well that this day was inevitable. For the very reasons we see today, they wrote Article V into the Constitution. It is the remedy for a government leading us to tyranny.

Article V allows for the people to amend the Constitution. This provision was intended to prevent citizens from becoming “subjects” under the rule of an oppressive government.

Amending the Constitution is not, and should not be easy. Its framers, concerned about power and its intoxicating effects, wrote Article V as a way to prevent the necessity to make use of the 2nd Amendment.

The task may seem daunting, but many Americans are becoming increasingly concerned where the road our federal government is leading them is going to take them. Many are ready to use the provision in Article V to remind all three branches of government, for whom they work – the people.

The video below gives a comprehensive explanation of Article V, its purpose and how we the people can amend our Constitution. The citizenry can, indeed, reclaim the power the federal government has gradually been removing from the people.

It can be done when concerned citizens work together. It is a necessity that we work together. Our liberty is only protected when the Constitution is preserved. Right now special interest groups pushing agendas, unelected agencies imposing regulations, and legislators concerned with their own re-election, are taking away our freedom one step at a time. It has been a slow process of conditioning the populace.

Those who penned their name to the Constitution – risking their lives and livelihood, would not recognize the United States today, as the one they had envisioned.

The government they formed was for a moral and religious people and would be “wholly inadequate” for any other. (John Adams) 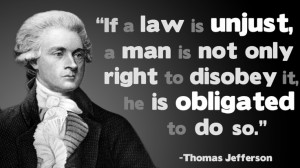 If we have any hope of preserving this great nation and our liberty, the moral and religious people of this country must take action. Our ancestors fought for the freedom of future generations – freedom from religious persecution, freedom from oppressive government, and freedom from the debt putting our security at risk. It is time for us to use the tools they gave us to preserve our freedom.

The Lord has blessed the United States of America and its citizens. If we fail to demonstrate good stewardship of our blessings they will soon disappear. We cannot look to the government for our provision and “moral” leadership before long, we will have neither.

I encourage you to find out how you can take part in restoring our freedoms. Learn how you can participate in the call for a Convention of States so we can preserve the future of America for our children and grandchildren.

We are unlike any other nation on earth – we should not try to be.

1 Samuel 8:18-20  When that day comes, you will beg for relief from this king you are demanding, but then the Lord will not help you.”  But the people refused to listen to Samuel’s warning. “Even so, we still want a king,” they said.  “We want to be like the nations around us. Our king will judge us and lead us into battle.”

We are to be the shining city on a hill, an example of freedom and liberty, righteousness and generosity. Matthew 5:14 Our true freedom, however can only be found in Jesus Christ.

We are stewards of our blessings and we will be held accountable for our stewardship. As Christians, we are to share our Light with the world.

How will you demonstrate good stewardship? Are you prepared to demand accountability from the federal leadership of America?

Melinda is currently the worship leader at her small church in rural America. Married for 23 years, she and her husband Larry have one son. She is the Director of Mailing in the print/mailing industry by day and freelance author by night. Her desire to write is a passion borne from tragedy. God used it to take her faith to a much deeper level. Melinda is a freelance writer and member of FaithWriters. She joined the TBL team in March 2014. Believing we are citizens of a greater ‘kingdom,’ her articles for The Bottom Line examine governmental responsibility, citizen involvement and current political topics. With the great wisdom contained in scripture as her guide, she looks at today’s political environment from a Biblical perspective. She prays her words will prompt the reader to view citizenship - and every aspect of their life, through the eyes of faith. Col 3:17 To read more of Melinda’s writings on her faith, hope, and life visit her blog Still Living Still Loving or her page at Faithwriters.com. You can also follow her on Twitter @MKZbk.
@@MKBzk
Previous Know Your Limitations
Next Our Hope: What Would Jesus Do?