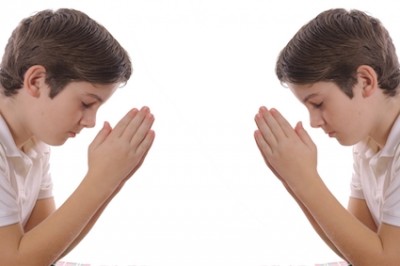 Prayer Is Needed In Public Schools

Today, more than ever we need to pray for God to step into America’s schools and make His presence and power known again through prayer. Ever since June 25, 1962, when the highest court in the land, removed  prayer from public schools, tragedy has struck in the public school system. The Columbine, Colorado, shootings still haunts the nation, when a couple of seniors killed 12 students and one teacher. The Sandy Hook Elementary School shootings in Connecticut are fresh in the nation’s conscience. One 20-year-old male killed 20 children and fatally shot six adults. There were also tragic shootings at Virginia Tech several years ago.

“If my people, who are called by my name, will humble themselves and pray and seek my face and turn from their wicked ways, then I will hear from heaven, and I will forgive their sin and will heal their land” (2 Chronicles 7:14).

Now kids are carrying knives and guns to school like they were school supplies. Formerly, students wouldn’t dare take weapons to school let alone shoot other students during the school day. Why has this happened?

Jesus and prayer are needed in the schools today. These people would still be alive if  our kids were praying in our schools. Our founding fathers would be shocked to see that prayer is absent from our schools. The Constitution defends that religious freedom for all people, not just a select minority.

The Christian church in this nation needs to take back the ground that we have given to the enemy. We have God on our side! Who shall we be afraid of? We can tear down strongholds in order to return prayer to the schools, by praying for our land and asking God to forgive us of our evil ways and heal the land. The enemy waged a fierce battle in 1962 to take God out of the schools, if we had stood up and fought this war in the spiritual realm, this victory would have never been won. God said no weapon formed against us would prosper; this anti-prayer weapon needs to stop prospering in the United States.

We can no longer stand on the sidelines and let everyone else fight battles and win them, taking God and Jesus out of the country. This prayer ban debate still rages today and is one of the most emotionally charged issues in our country. The opposition says that it offends their religious belief system to have children praying in public schools. What about the people who want their children to pray in schools?

The fact the debate still rages says that there are a lot of people who want prayer reinstated in the schools. It’s time to storm the throne and bring prayer, God’s power and His protection back into the schools; this is the only way stop Columbines and Sandy Hooks from ever happening again. We can save a whole generation of young lives by praying and then letting our elected officials, all the way to the President, know that we will not stand by  any longer and let prayer be kept out of the schools. We cannot afford for our kids not to pray in school! It’s not too late!

What can you do to let your elected officials know you want prayer returned to our schools? How can you pray for our land ‘s healing and have God returned to our educational institutions?

Greg is a born again believer who testifies to the absolute transforming power of God's word. Greg has been called to full time ministry and He has known Jesus for most of his life. Greg received his degree in Pastoral Ministries from what was formerly Bethany University in Santa Cruz,California. View Greg blogs on iwriteforjesus.com. Greg has a book published on " To Jesus Christ the High Priest of my confession: A personal Testimony." find it on http://www.amazon.com/Christ-Priest-Confession-Personal-Testimony/dp/1507706847/ His testimony in short form is published in "Trials and Triumphs II" on http://www.amazon.com/Trials-Triumphs-II-FaithWriters/dp/1498416012/. This book is filled with 50 inspirational testimonies and is a project of Faith Writers.
Previous Your Super-power: Choose What You Get Used To
Next What Is Intercessory Prayer?