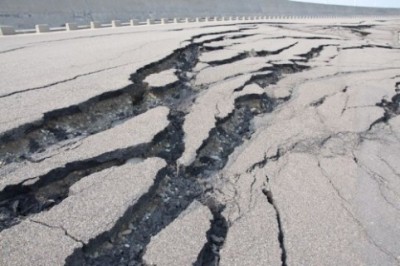 God loves humanity very much, but many individuals have chosen to reject Him. Here are ten prophetic signs in our current events of His soon return. His desire is for “all people to be saved and to come to a knowledge of the truth”(I Timothy 2:4).

1. There is a great falling away from biblical truth. This was prophesied in Matthew 24:10.

2. Earthquakes will occur in various places. They are happening in areas that don’t normally have them (Matthew 24:7).

4. Last year, 2014, was considered to be the worst year in history for religious persecution, according to Open Doors, an organization that monitors such activity. This year is not getting any better. Even in the United States, Christians are losing jobs, and even being taken to court, because of their beliefs. In a recent interview with Kristen Waggoner, Senior Counsel and Vice President of Legal Services at Alliance Defending Freedom, she said that there are cases coming in every day! Luke 12:11-12 says that in the last days Christians will be brought before the authorities, and Matthew 10:17-19 states that “they will deliver you up to the courts.” (NASV)

5. Lawlessness will increase. Today we see an unprecedented disrespect for police officers combined with them not being given the authority to do their job. Look at what happened in Baltimore? Also President Obama has changed laws or completely disregarded them. This is prophesied in Matthew 24:12.

6. Knowledge will increase, which is stated in Daniel 12:4. Pastor John Hagee made the obvious observation that up until the 1900’s people still rode horses. It has been in the last 100 years that knowledge has begun to multiply. By the end of World War II it doubled every 25 years. Now, “current numbers show that all of human knowledge is doubling about every 13 months…” It will soon increase to every 12 hours! (Taken from a webpage entitled, How Fast Is Knowledge Doubling?) Other similar webpages said the same thing.)

7. There will be continual evil, and giving in marriage, as it was in the days of Noah before the flood. This is prophesied in Luke 17:26-27, and Matthew 24:38, in connection with what is stated in Genesis 6:5, 11-13). There is continual evil, and marriage is at the top of the list in current events.

8. People will call good evil, and evil good, (Isaiah 5:20). In some people’s thinking there is no longer any morality or truth.

9. The gospel will be preached to all nations. This is probably happening with all of the teaching going forth from the internet, and Christian radio and television. Matthew 24:14 speaks of this.

10. People are listening to what they want to believe, which was prophesied in II Timothy 4:3-4. In a recent article by Franklin Graham, it was stated that as a nation “…We reject the authority of His Word. We refuse to love the truth, and instead we pursue evil. We prefer the deeds of darkness over light. The vast mainstream of our culture is eager to do what is right in their own eyes, casting off any godly restraint or wisdom…”

God desires for all people to enter into a relationship with him based upon His love and grace. Are you going to be one of those people? If not, why are you refusing to accept the truth? Why not give God a chance in your life, before it is too late? The signs are all around us pointing to His soon return.

a great falling away as it was in the days of Noah call evil good and good evil Christian hated by all earthquakes in various places evil continually John Hagee knowledge is doubling every 13 months knowledge will multiply lawlessness will increase look what happened in Baltimore? marrying and giving in marriage people listening to what they want to believe religious persecution is the worst in history signs of the time ten prophetic signs happening now the gospel preached to all nations 2015-05-09
John Clark

Tags a great falling away as it was in the days of Noah call evil good and good evil Christian hated by all earthquakes in various places evil continually John Hagee knowledge is doubling every 13 months knowledge will multiply lawlessness will increase look what happened in Baltimore? marrying and giving in marriage people listening to what they want to believe religious persecution is the worst in history signs of the time ten prophetic signs happening now the gospel preached to all nations

John Livingston Clark is 67 years of age and lives in central Washington State. He has written two published books, and two published poems. His initial book is called, " God's Healing Hope: Breaking the Strongholds of Wrong Thinking." His second book, released in December of 2016, is a motivational book written to seniors titled, " Seniors: Are You Retiring or Recharging?" Both books are available on amazon. You can also view his writings on www.faithwriters.com. John is available to speak on a variety of topics. Visit me at jclarkministries.com
Previous Where Are You In This God?
Next Why Should I Embrace My Failures?