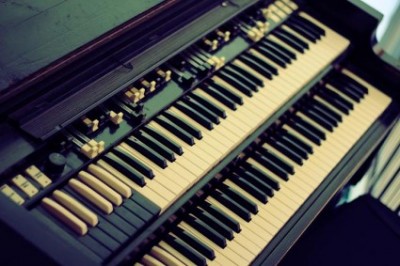 worship is a mighty spiritual weapon

When God’s people found themselves helpless in the face of two armies coming against them, their king, Jehoshaphat, called for a fast to seek the Lord. The Holy Spirit gave this word: “Do not be afraid or discouraged because of this vast army. For the battle is not yours, but God’s. Tomorrow march down against them … You will not have to fight this battle. Take up your positions; stand firm and see the deliverance the Lord will give you, Judah and Jerusalem. Do not be afraid; do not be discouraged. Go out to face them tomorrow, and the Lord will be with you.” (2 Chronicles 20:15-19).

An amazing piece to this story is that “Jehoshaphat appointed men to sing to the Lord and to praise him for the splendor of his holiness as they went out at the head of the army” (2 Chronicles 20:21), and “As they began to sing and praise, the Lord set ambushes against the men of Ammon and Moab and Mount Seir who were invading Judah, and they were defeated” (v. 22).

God turned around an impossible situation through worship. If you read the entire passage, you discover that Israel collected rich spoils from the fallen regiments. God’s people were better off afterward than had the armies never threatened them!

Recently, the Lord has called me to a new zeal in worship. He confirmed this desire for His church to worship NOW like never before through several Christian friends who contacted me separately to exhort us all to worship. When I told my mother about this, she told me of a man who began worshiping God around the clock, and as he did, he saw strongholds in his town begin to crumble.

Specifically, I have one radio on in our house set permanently to a Christian worship station, and it plays 24 hours a day, seven days a week. If I get up in the night, I hear worship. The window in that room is always cracked, and I envision the praises wafting out over the town, spurring on heavenly armies and transforming the atmosphere.

I’ve noticed already a difference in the atmosphere of our house from having constant worship music playing. My children have been fighting less! I’ve sensed a greater peace over our home.

I’ve also been consciously playing worship on YouTube while I go about tasks like cooking and cleaning. More and more, I take breaks from what I’m doing to go sit down at the piano and belt out praise, sometimes with the front door cracked. I don’t worry about who hears, because I am singing to El Elyon, the Most High.

“Let the godly ones exult in glory; Let them sing for joy on their beds. Let the high praises of God be in their mouth, and a two-edged sword in their hand” (Psalm 149:5-6).

Will you take the 24/7 Worship Challenge? Do you believe worship can change the spiritual climate of your community?

Emily Tomko's radical encounter with the Lord while at a nightclub changed her life forever and inspired her first novel, College Bound: A Pursuit of Freedom. She is the author of seven books, including 31 Thoughts on Prophecy and Leaving the Shallows: igniting the faith that overcomes the world. Her tastes tend toward vintage and she's a Germanophile, having spent a year in Bremen and Nuremberg. Emily loves the scriptures and writes with fierce compassion and a deep desire to see people freed from the miry clay of this world and walking in the truth.
Previous Israel Prepares For The Fulfillment Of Biblical Prophecy
Next God Is Central To Our Existence and Worthy of Our Praise