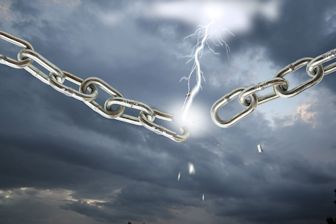 Have you ever had a time in your life where you have felt too guilty to stop and pray to the Creator of the universe? I have! In fact, I spent years of my life in sin, using this very sin as an excuse not to pray to the Lord. I felt it made me unworthy to talk to the King of kings, but talking to Him was exactly what I needed to do to break my cycle of sin.

You see, guilt is a trap used by the enemy to make you feel horrible. Scratch that; the enemy makes you want to feel lower than horrible. It wants you to feel irreconcilable. You may ask, “why?’. Because this makes you less effective as a believer, especially when there is a continuing gap that grows between you and the Lord. I mean, how likely are you to witness to someone about the problem of their sin nature if you feel you cannot control your own? Unfortunately, the enemy will continue to try and buffet you as long as you maintain this type of thinking.

Fortunately, there is good news. Even if you have sprung the guilt trap, you can easily parry it by looking at the promises written in scripture that teach us that, as a believer, guilt is something that we can put in the past. Even if we slip up as Christians, God is ready to forgive us. He knows we’re going to make mistakes at times. Accepting Christ does not mean we are no longer susceptible to sinful behavior. There will be a day when we are no longer corruptible, but for now we have God’s grace. Let’s look at some scripture.

1 John 1:9 If we confess our sins, he is faithful and just to forgive us our sins, and to cleanse us from all unrighteousness.

If we confess our sins, he will cleanse us. That doesn’t sound like a suggestion that we try to hide in our guilt to me, but rather a call to prayer to confess our sins when we slip up. It also says he is “faithful.” To me that suggests He is consistent with His grace in that He will consistently forgive as long as you seek His forgiveness with the right heart.

It is also important to understand that once you confess your sins to the Lord and they are forgiven, God forgets them. They no longer exist. As Psalm 103:12 puts it, they are cast as far as the east is from the west. You see, God loves us and has no interest into holding on to our sin. He detests sin, and would rather it just be disposed of permanently.

Friends, in closing let it be said that it’s best to avoid sin and the guilt trap altogether. However, if you have sprung the guilt trap, let’s be courageous and pray, especially for forgiveness of any trespasses that might have led to guilt. Once you have done that, then it’s time to rest on the promises of God that He has forgiven you and that He will no longer remember your sins. This is how you deal with the guilt trap. Thank you for reading and God bless.

Joel M. Bauer is a 45-year-old U.S. Army Veteran from Dunn, NC, which is just outside of Raleigh. After being honorably discharged from the U.S. Army, he attended school at Taylor University, a Christian liberal arts school, in Fort Wayne, IN, where he received his BS in social work and psychology. He has worked in such places as a homeless shelter, a community based treatment center for severe mental illnesses, a school for troubled students, and other social service agencies. His current endeavor is to build The Bottom Line website into a site that inspires both Christians and non-Christians alike, and brings glory to God.
Previous Prison Reform From The Inside Out
Next Political Evil vs The Promised Land