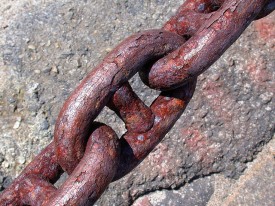 The Life She Never Wanted

“And Sarai said unto Abram, ‘Behold now, the Lord hath restrained me from bearing: I pray thee, go in unto my maid; it may be that I may obtain children by her.’ And Abram hearkened to the voice of Sarai.” ~ Genesis 16:2

Hagar stepped away from her mistress’s sleeping chambers inside the tent. With everything in her she wanted to cry out, to tell them to stop discussing her. To tell them she had feelings and opinions about her future, but she knew better. She was a slave—purchased as a gift for her mistress. She had no choice but to obey her mistress’s commands.

Up to now her mistress, Sarai, had always shown great kindness. She sympathized with Hagar’s grief when her master had moved camp and carried her away from her homeland. She wiped the tears from Hagar’s face when she lamented the loss of her family. Sarai even pitied Hagar when Abram forbid her to worship the gods of her homeland. To help Hagar understand Abram’s decision, Sarai taught Hagar the stories of Yahweh and his dealings with Adam, Noah and Shem. Sarai explained that their entire entourage left Ur and wandered the countryside because Abram’s God chose him and promised blessings.

Sarai’s kindness was born of understanding. Like Hagar, she left everything behind, but unlike Hagar, she was following a husband–a rich husband who showered her with love and exotic gifts. Sarai felt Hagar’s pain, but she would never fully understand. She didn’t know what it was like to have no rights, no liberty, no future. Her actions tonight proved it.

Hagar considered Sarai her only friend, but clearly friendship was not how Sarai saw the relationship. For Sarai apparently, Hagar was a means to an end. Without any consideration of Hagar’s feelings, Sarai just offered Hagar to Abram. Abram rejected the idea, but Sarai insisted explaining that through her ownership of Hagar, any offspring of Hagar’s would belong to Sarai.

Hagar’s world turned upside down in just a few short weeks. What seemed like the worst possible scenario became the most wonderful. Where gruel and water had offered basic sustenance, she now dined on meat, pastries and milk. Instead of tending to Sarai’s morning rituals, Hagar had risen every day this week just before the midday-meal. The other servants, who were Chaldeans like Abram, had always looked down on her, the lesser Egyptian, but now she was above them. Where a slave had once been, now sat a surrogate mother.

Hagar’s pregnancy set the entire camp in an uproar. It seemed that after all these years, God had honored His promise and was blessing Abram with children. The only problem was that Sarai’s plan backfired. It proved to everyone that the problem of barrenness was in Sarai, not in Abram. Suddenly, others saw Hagar as more of a woman and more blessed than Sarai. Soon Hagar herself saw things this way and began to despise Abram’s legitimate wife, her mistress.

One day, tensions escalated to the point that Sarai turned on Abram blaming him for not being the spiritual leader in their home and for succumbing to her suggestion to impregnate a slave. Unable to face his wife’s anger, Abram told her to do whatever she wanted with Hagar. Sarai’s pain bred cruelty and soon Hagar fled Sarai’s wrath.

With just a few necessities, Hagar sought sanctuary in the wilderness. Once again she was nothing but a slave. Reality set in, and she realized that even though she was able to mother Abram’s children, she would never be the wife that he loved. Sinking to the ground in despair, she wondered how a runaway slave would provide for a child.

“Hagar, Sarai’s maid, where did you come from and where are you going?”

Jumping slightly, Hagar looked up into eyes of compassion. A stranger stood before her.

“I am fleeing my mistress,” Hagar replied. Whoever the stranger was, he knew enough to call her by name. There was no reason to hide her actions from him.

“Return to your mistress, and submit to her.” The stranger gestured in the direction she had come from. “I will bless your descendants and make a great nation from you. When you deliver the son you carry, call his name Ishmael because the LORD has seen your afflictions.”

Hagar looked down the road in fear. As much as she hated the thought of returning to Sarai, she believed the stranger.

“El-Roi,” she murmured. “The God who saw me.” Determinedly, she picked up her sack and headed back. Back to Sarai’s judgment and back to the man who didn’t love her. God had spoken, and He had a plan for her unborn child!

In Hagar’s story, we see a woman living a life she never wanted. The choices were made for her, and she felt hopeless. Interestingly enough, that was when God reached out and touched her life.

When has God done the same for you? How can you approach your situation differently knowing that He is El-Roi, the God who sees?

Heidi Lynn has a passion for women's ministry and can be found writing at Chronicles of a New Creation. Heidi believes that as Christian women, we were created to serve our families, our churches, and our communities. With this calling in mind, she writes and speaks about organization in homes, families, and spiritual lives.
Previous With so Many Churches, How can I Choose?
Next Ten Life Principles For Success