Breaking News
Home / Faith / There’s a Unicorn in My Bible 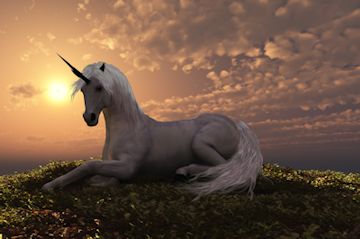 If one picks up a King James Version of the Bible they might notice that it mentions a creature called an unicorn.  Not just one time, but a total of six times.  This may sound silly to some and others may even dismiss the Bible for suggesting that such a creature exists.  Why?  Because unicorns are thought to exist only in fairy tales.  However, I would assert that the Bible is one hundred percent correct when mentioning this creature.

It is well said in 1 Cr 2:14 that the natural man cannot discern the things of God because they seem like foolishness to him and that he cannot know them since they are discerned only by God’s Spirit.  This gives us an important clue in understanding the mystery of the unicorn.  It must be discerned through God’s Spirit.

To discern this creature it is necessary to identify some key features of it. First, Num 23:22 tells us the unicorn is strong.  It even compares it to God’s strength.  Next, Psa 22:21 tells us it is dangerous.  Third, Job 39:9-12 suggests it can’t be tamed.  Finally,Ps 29:6 lets us know that the young of its kind can skip.  This doesn’t sound like the mythical unicorn.  They were thought to be tamable   Even Pegasus, the horse-god of Greek mythology, was thought to have been tamed.

The final detail of solving the mystery of the unicorn is understanding the meaning of the name.  It can mean one-horn or even suggest a beast with one prominent horn.  When we put all these things together it sounds a lot like a rhino to me.  In fact, the Indian rhino is a species of rhino that happens to have only one horn.  Mystery solved!

Whether the Bible is speaking of the Indian rhino or another species of rhino we don’t really know.  However, the point of all this is that the Bible doesn’t have mistakes, but things that cannot be discerned by the natural man without spiritual aid.  This is a call to all Christians to know their Bible and to be patient with those who don’t understand.

Joel M. Bauer is a 45-year-old U.S. Army Veteran from Dunn, NC, which is just outside of Raleigh. After being honorably discharged from the U.S. Army, he attended school at Taylor University, a Christian liberal arts school, in Fort Wayne, IN, where he received his BS in social work and psychology. He has worked in such places as a homeless shelter, a community based treatment center for severe mental illnesses, a school for troubled students, and other social service agencies. His current endeavor is to build The Bottom Line website into a site that inspires both Christians and non-Christians alike, and brings glory to God.
Previous I Spoke to the Storm
Next Put Your Heart in My Hands