Breaking News
Home / Faith / You Are Called; No More Excuses 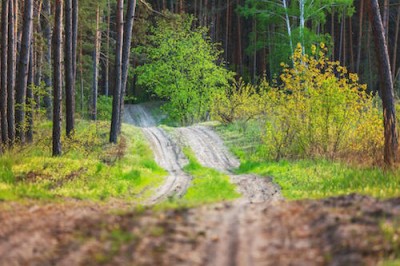 You Are Called; No More Excuses

“Yes, you, child of God. Did you know that you are called?”

Let’s face it, we can really come up with excuses when we want to, can’t we? We often want to believe that being called applies only to the pastor. But the Bible says that as believers we are all called.

Not sure about that? Then, let’s take a look at Romans 8:28-29. We hear this Bible passage paraphrased quite often. “All things work together for the good … ” We use this phrase when we want to comfort others who may be going through difficult times. But the complete passage says:

“And we know that in all things God works for the good of those who love him, who have been called according to his purpose. For those God foreknew he also predestined to be conformed to the image of his Son, that he might be the firstborn among many brothers and sisters.”

So yes, according this passage, we are the called; called according to His purpose; Called to conform to the image of Christ.

Now, some of us may think we are ill-equipped to follow such a call. And others of us may feel we are not worthy. But if there is one thing I have learned during my own walk, it is that if God calls us to do something, He definitely equips us to do it. He gives us what we need to fulfill His plans and purpose for our lives. He loves us, and He is definitely on our side.

There’s a song that I like that helps me remember God’s calling on my life and that He is on my side. It’s called “If God Be For Us” (Eone Music, September 2013) by 3WB (Three Winans Brothers), a new group formed by Bebe, Marvin, and Carvin of legendary Winans fame. The lyrics basically are a continuation of the passage from Romans 8 above (v. 30-31). 3WB sings:

I especially like the video for this song because it features a “day in the life” of 3WB, as they live out their calling to relay God’s message to others through their music. I love, too, the encouraging words from Psalm 91 that remind us that we don’t have to be afraid of the terrors by night, nor the arrows by day because God has given angels charge over us.

Now as you listen and enjoy the video, take time to consider how God may be asking you to walk out His call on your life. Remember, He knows exactly what you are capable of even though you may not know or fully understand yet. Don’t get caught up in thinking that His plans for your life are too grand for you to accomplish, or, on the opposite end of the spectrum, that your life is too insignificant to be used by Him. Whatever God has called you to do, know that He has already equipped you to do it. And more importantly, know that you are not alone because He is walking with you. Know with assurance that our God is for you. And if He is for you, indeed, who can be against you. Now, there’s the best reason of all to to say “No more excuses!”

If God Be For Us, 3WB, Three Winans Brothers, Official Lyric Video

Sharon S. Johnson loves the Lord and thanks Him for the gift of her family, especially her two wonderful daughters Havyn and Nia. She is a lifelong musician, an author, and a lover of all things creative! She is the author of “God Must Have Wanted Me to Smile," the award-winning inspirational story that launched her writing career (featured in Tales2Inspire: The Sapphire Collection). Through God’s amazing grace, Sharon has now released her very first book, Verses of Victory: a 31-day devotional to educate, motivate and stimulate those who seek victory. Sharon is presently a writer for two digital Christian magazines: Faith Filled Family Magazine, for which she writes music reviews, feature articles and interviews; and The Bottom Line, for which she writes articles and social media posts. She has written devotionals for Journey magazine (LifeWay), and has now started her own blog, This is His Song. Sharon wishes to acknowledge and thank God, her family, and her friends for their unfailing support during her journey toward these awesome achievements.
@thisishissong
Previous Believing the Best in Others
Next Do You Wish God Would Just Be Specific?