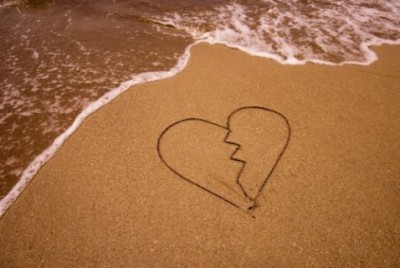 Adapted from “The Journey” radio program airing on May 12th, 2015

Mother’s Day was first celebrated in 1908 by Anna Jarvis who was an activist during the American Civil War, as a memorial for her mother.  It all began in 1905 when Anna’s mother died.   Anna began a campaign to create a holiday that would recognize and honor her own mother.  Anna intended to continue the work her mother had began, and to set aside a day to honor all mother’s as “the person who has done more for you than anyone in the world.”  Even though Anna never had children of her own, she left a lasting legacy that would honor all mothers for all time.

In the year 1914, President Woodrow Wilson, who is a distant relative of mine, signed the proclamation creating what we know as the official holiday, Mother’s Day.  Something interesting to note, Anna Jarvis resented the fact that the Mother’s Day holiday became so commercialized.

My heart is still heavy over the recent loss of my own precious mother who died on Christmas Eve 2014.   As we celebrate this beloved holiday I realize it means many things to many people.  It is not all cards and flowers and fun-filled moments for some of us.  It can be a day to grieve for what we have lost as we realize our mothers are not here with us anymore and many mothers were taken tragically.  One friend, who lost her mother in tragedy sent me a message and wrote, “We need to lock are arms in prayer on Mother’s Day.”  Yes, there are those who are hurting and confused, wondering how they can cope when they are forced to remember.  I want to be one who reaches out to them, to let those hurting souls know I care and that I understand.

I was looking at a picture of my mother only recently and I wondered to myself, how could an entire life have come and gone so quickly?  She was my best friend and now is no longer there to call upon.  I will hold in my heart the fact that my mother became a born-again Christian because of me.  When I was a very, very young girl, I was in the hospital following a major surgery and the outlook for me was not good.  My mother, being a church going Christian all her life, went before God and BEGGED FOR MY LIFE!  She told God she would give Him her whole-heart if only He would spare the life of her young daughter.  He did so, and the rest is history, as I have grown up to become a Contemporary Christian Singer/Songwriter, author and radio personality.

My mother spurred me on to good works, believed in me with every ounce of strength she had inside her, and supported me in every endeavor until God’s will was fulfilled in my life.

I leave these words with you today…..I pray you will find the strength and courage to continue on the journey, until we ‘lock arms’ and hearts, and enter eternity together, where we will catch up with our mothers again, and never have to say goodbye.

Annie Meadows is divinely inspired and is now being called the modern day Beatrix Potter as she creates morally rich books for children and those who choose to remain young at heart.
Previous Refining the Layers of Her Life
Next The Role of Probiotics in Treating Celiac Disease