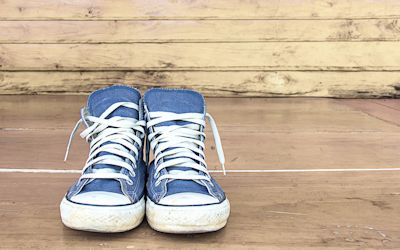 Parents Just Don’t Understand…Or Do They?

Parents Just Don’t Understand…Or Do They?

Throughout the generations, teens have always sought to have a certain amount of independence within the family setting. They like to be able to make important choices on their own and have privacy when they feel the need arises. Many teens have this notion that parents don’t understand this. It’s quite possible that some parents can be overbearing and don’t understand the need for teen independence, but many parents understand this very well. In fact, they went through many of the same challenges as their teenage sons and daughters. So let’s look at this matter a bit closer.

First, let’s address the teens. It’s important to realize that your parents once were teenagers as well, and they wanted to feel that their wants and needs were validated. Many of them had similar interests as teens today, such as dating and socializing with friends. So, they understand where you’re coming from with these things. They also generally understand that there are new trends coming about all the time and that it’s important to a young mind to be able to establish their identity. If a parent becomes overbearing, it is often true that the teen becomes rebellious and then it’s a lose-lose situation.

Another thing for teens to keep in mind is that parents experience stress or may not be completely educated on things that are trending. This doesn’t mean they don’t care, but rather that they are misinformed. This doesn’t mean you should lash out. Let’s look at an important commandment in the Holy Bible.

Eph 6:2-3 Honour thy father and mother; (which is the first commandment with promise;) That it may be well with thee, and thou mayest live long on the earth.

We all know that this commandment is one of the Ten Commandments, but many people don’t realize it’s mentioned in the New Testament. Here it explains that it is the first commandment with promise. This becomes important. The promise is longevity. So doing your best to compliment your parent’s decisions will also lead to a longer life.

Now parents, let’s look at the other end of the stick. Ephesians doesn’t stop with honoring parents, but also gives a message to them:

Eph 6:4 And, ye fathers, provoke not your children to wrath: but bring them up in the nurture and admonition of the Lord.

Parents, if you bring your children up in the Lord, they’re going to behave better. Proverbs even tells us that they will not depart from such things when they grow older.

Prov 22:6 Train up a child in the way he should go: and when he is old, he will not depart from it.

Finally, I would like to point out to parents that teenagers are often very capable. Look at David, the son of Jesse. He was an armor bearer for Saul. Jesse was certainly not an overbearing parent. He let young David go into harms way many times. Both as a shepherd and on the battlefield David faced many challenges. The point is, teenaged children were often given a lot of respect and responsibility. In David’s case, He not only took down Goliath, but he also eventually became a king after God’s own heart.

So, in closing. Teenagers, let’s be realistic when it comes to parents and not assume that they don’t know anything about anything. Parents, let’s not be overbearing or assume our children aren’t capable of handling meaningful tasks. You’ll find that if you work together that teenagers will have a deeper respect and be more likely to honor their parents, and that parents will have more cooperative children who are ready to honor them. It’s a two-way street, and the reward is longevity. Sounds like a good deal to me. Thank you for reading and God bless.

Joel M. Bauer is a 45-year-old U.S. Army Veteran from Dunn, NC, which is just outside of Raleigh. After being honorably discharged from the U.S. Army, he attended school at Taylor University, a Christian liberal arts school, in Fort Wayne, IN, where he received his BS in social work and psychology. He has worked in such places as a homeless shelter, a community based treatment center for severe mental illnesses, a school for troubled students, and other social service agencies. His current endeavor is to build The Bottom Line website into a site that inspires both Christians and non-Christians alike, and brings glory to God.
Previous I Can’t
Next Our Hope: Impatience