Breaking News
Home / Family / Why Live Together Before Marriage? 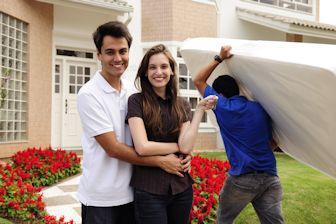 Are there positive benefits of living together before marriage? Does it provide time and an environment to test a relationship? Let’s look at the results of a recent study and some insights I have learned from my reading. According to one sociologist there are several conditions that have the same results as those who have not lived together before marriage. These are people who have 1) lived only with the same person they married, 2) have definite mutual plans to wed, and 3) do not cohabitate until at least 23 years of age. Aside from this there are other factors which increase the risk of divorce. Were there divorced parents? Was there limited education and economic means before ever living together?

Helpful insights were gleaned from a family studies blog. Some people marry a person they would not otherwise, if they had not started living together. Here is an interesting question to ponder that was posed on a blog: “What things could I avoid that could make it harder for me to break if off with someone before I am sure I want to be with that person?

A Bowling Green University professor did a study which revealed that a majority of people in their thirties have lived with someone outside of marriage,and that it is more common than marriage as a first union. More people are likely to live together with multiple partners in succession in what this person referred to as “cohabiDating.” With all of this there are more children being born out of wedlock, which according to another Bottom Line author, is now at 40 percent.

There is a belief that living with someone at the same address increases the constraint for staying together and decreases the chance of breaking up, but even with that, and getting back to the original question, are there benefits? This did not surface in the study so we will leave that question unanswered. Many couples would probably say there are benefits, but whether there are or aren’t is not really the point. Decades ago living together before marriage was practically unheard of and not well received by society at large. It has been another downhill slide of the moral culture, now considered acceptable by a large segment of the population. Although one could probably argue that it offers an opportunity to get to know the other person in a real home-life situation that by no means gives it justification.

The increase in children born out of wedlock being 40 percent, due probably in large part to living together, leads to a whole other issue. Since it would be safe to assume that those living together are also having sex there can be negative repercussions which I am not qualified to go into. Suffice it to say, however, that it spoils the sex act that ideally should be reserved for the one a person ends up marrying.

This also gets into the arena of adultery which causes all kinds of additional problems. Here on this website we teach biblical truth. Notice what the Bible says about the topic of adultery in Hebrews 13:4. “Marriage is honorable among all, and the bed undefiled, but fornicators and adulterers God will judge.” The dictionary defines fornication as voluntary sexual intercourse between two unmarried people. If you are living together before marriage and are fornicating you are clearly violating God’s will.

John Livingston Clark is 67 years of age and lives in central Washington State. He has written two published books, and two published poems. His initial book is called, " God's Healing Hope: Breaking the Strongholds of Wrong Thinking." His second book, released in December of 2016, is a motivational book written to seniors titled, " Seniors: Are You Retiring or Recharging?" Both books are available on amazon. You can also view his writings on www.faithwriters.com. John is available to speak on a variety of topics. Visit me at jclarkministries.com
Previous The Jesus Plan
Next Finding Strength When Life Seems Impossible