Breaking News
Home / Featured / Is the Public’s View of Homosexuality Right or Wrong? 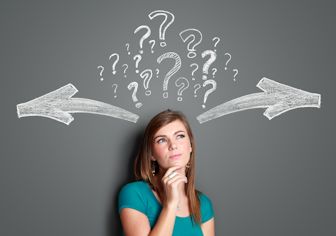 Is the Public’s View of Homosexuality Right or Wrong?

Is The Public’s View Of Homosexuality Right Or Wrong?

A recent Gallup Poll revealed that 42 percent of American adults believe people are born with a trait leading to same-sex attraction. It also revealed that 37 percent of the population believes it is the result of upbringing and environment. What was not told is how the remaining 21 percent view this issue? Even though there is a consensus among the general population, according to the American Psychological Association, “there is no consensus among scientists about the exact reasons that an individual develops a heterosexual, bisexual, gay, or lesbian orientation.” In other words, scientists have not found a “gay gene.” The other question to ask is how has the environment, upbringing, or the role of genes, changed in the past several years to bring about the huge upsurge in the practice and acceptance of same-sex attraction?

Michael Glatze does not see it this way. He is the former co-founder of Young Gay America, who became a Christian and renounced his gay lifestyle with death threats. According to him, “There is no homosexual desire that is apart from lust.” If homosexuality is the result of the environment, upbringing or genes, why does the LGBT community have their New Queen James Version of the Bible, which rewrites particular passages to bring them more into conformity with their beliefs and practices? To blame it on these factors is an easy way out, but in the view of Michael Glatze, it is an issue decided by personal choices.

Some interesting things came out of a book I read, written by a practicing homosexual priest. The author said some people are inclined to be gay, even at a very young age. He found ways to justify Romans 1:18-30, a key passage in the New Testament on this subject. In contrast to this I also heard an ex-lesbian who became a Christian say on a talk show that she became gay because of abuse by the opposite sex. She totally contradicted the belief of the priest by saying that there is no way getting around the Romans passage.

Within the passage in Romans is verse 27, which states, “Likewise, also the men, leaving the natural use of the woman, burned in their lust for one another, men with men committing what is shameful and receiving in themselves the penalties of their error which was done.” This is the verse which changed the heart and life of Michael Glatze. It is, however, one of the same verses which the priest found ways to justify and the New Queen James Version rewrites. With all of this said, even though there is a consensus of thought among the public, it calls into question whether there is within the gay community. Glatze says, “We cannot see the truth when we’re blinded by homosexuality.”

The reasons given by the ex-lesbian on the talk show, Michael Glatze, and even some within the gay community, supported by the rewriting of certain biblical passages, have nothing to do with genes. Add to this the report of the American Psychological Association that “there is no consensus among scientists about the exact reasons…”

All of this taken together calls into question why 79 percent of adult Americans believe that same-sex attraction is caused by genes, upbringing, or the environment, What do they base it on? As stated earlier, it is easy to justify homosexuality, or anything else for that matter, by saying it is caused by these factors. Why? Is it because it frees individuals and society as a whole from taking personal responsibility for their beliefs and practices, due to a lack of conviction and truth? That would appear to be the case, and is, indeed, a picture of our culture today.

John Livingston Clark is 67 years of age and lives in central Washington State. He has written two published books, and two published poems. His initial book is called, " God's Healing Hope: Breaking the Strongholds of Wrong Thinking." His second book, released in December of 2016, is a motivational book written to seniors titled, " Seniors: Are You Retiring or Recharging?" Both books are available on amazon. You can also view his writings on www.faithwriters.com. John is available to speak on a variety of topics. Visit me at jclarkministries.com
Previous Hillmont Road
Next Do Video Games Misrepresent Women?