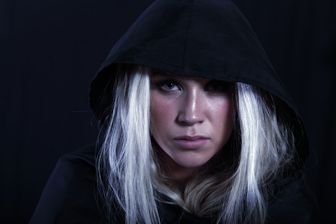 1 Timothy 2:9 Likewise, I want women to adorn themselves with proper clothing, modestly and discreetly, not with braided hair and gold or pearls or costly garments

Friends, enough can’t be said about women. In fact, many scriptures talk about the strength and feats of women. If the Bible seeks to accurately portray women, then I would suggest that our video games should do this as well. However, what we see nowadays is very much the opposite. Let’s take a closer look at this matter.

Proverbs 31 is the go to chapter for what many women try to tailor their life after. So, if women are going to this scripture to try and mold themselves, then maybe it can give us some clues as to how many women would like to be portrayed in video games. Here are some characteristics by verse:

Let us also not forget the mighty prophetess Deborah who God raised up as a Judge. Judges were holy leaders of their day; anointed by God to carry forth the kingdom. A Judge would be the equivalent of a pastor leading an army, and this was done by a woman.

If we look at video games, we see quite the opposite in terms of representation. Women are typically seen as overly sexualized, incompetent, or the ever-so-popular damsel in distress. This doesn’t sound like the Proverbs 31 woman to me, but rather some unfortunate media stereotypes. Where are the strong, competent, and modestly adorned women in these games? Friends, they’re just not there.

Another recent controversy has fans screaming. A new Assassins Creed game is soon to be released, and the developer, Ubisoft, announced they will not be allowing gamers to pick a female character as their hero. They made this decision because they felt the time it would take for rendering a female character into the game would “double the work.”

Why is this significant? Well, there is just controversy with it. Some people don’t care whether there is a female hero or not and others feel women are being left out. Is this fair? I don’t really know. Personally, I don’t see a problem because there are games like Tomb Raider that have strictly a female protagonist, so I don’t see why a game can’t have heroes that are strictly male as long as it isn’t done to try to downplay women.

Friends, in closing I just want to say, choose your games carefully. It’s not just the portrayal of women that is causing problems with games these days. There’s certainly other problematic content as well. Please guard your eyes and your hearts. If you think a video game seeks questionable, then consider making another gaming choice. Thank you for reading and God bless.

Joel M. Bauer is a 45-year-old U.S. Army Veteran from Dunn, NC, which is just outside of Raleigh. After being honorably discharged from the U.S. Army, he attended school at Taylor University, a Christian liberal arts school, in Fort Wayne, IN, where he received his BS in social work and psychology. He has worked in such places as a homeless shelter, a community based treatment center for severe mental illnesses, a school for troubled students, and other social service agencies. His current endeavor is to build The Bottom Line website into a site that inspires both Christians and non-Christians alike, and brings glory to God.
Previous Is the Public’s View of Homosexuality Right or Wrong?
Next Suicide Derailed