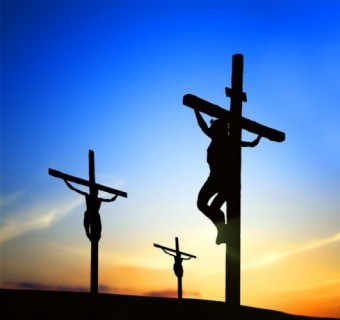 The Kingdom of Heaven will not be Stopped

Absolutely nothing in the cosmos will stop the Kingdom of God from expanding on the earth. The Lord brought it into our midst through Jesus Christ when He appeared on earth. Jesus pointedly told us in the book of Luke that it was not here or there but in our hearts. The Kingdom Of God is not of this world but is of heavenly origin. It is beyond the inception and comprehension of man. What is born in the spirit cannot be stopped in the flesh or by the flesh.

The Kingdom of Heaven originated in the heart and mind of God and no force on earth or demon in hell will stop the Kingdom from expanding. You see what God has created no man can dissolve and when God set the Kingdom of His Son in motion, it was set in eternity to keep expanding.

I will not violate my covenant or alter what my lips have uttered. Psalm 89:34

God had made a covenant with His Son that His Kingdom would be established and it would never end. God cannot and will not violate His covenant or any word that He has uttered about His realm and this is the Word of the living God. We can count on Him keeping His Word about His Kingdom having no end.

On that day a great persecution broke out against the church in Jerusalem, and all except the apostles were scattered throughout Judea and Samaria. Those who had been scattered preached the word wherever they went. Acts 8:1, 4

History records that many have tried to stop the forward movement of the Kingdom of God but their efforts have failed. Look at the example from Acts 8, Saul approved of the murder of Stephen and that murder triggered a major persecution against the Kingdom of God. What happened? Members of the Kingdom scattered abroad and preached the Kingdom of God wherever they were scattered. So, brothers and sisters in Christ, take great delight that our God’s Kingdom will never be shaken or stopped as God’s mighty hand expands His Kingdom into eternity.

Greg is a born again believer who testifies to the absolute transforming power of God's word. Greg has been called to full time ministry and He has known Jesus for most of his life. Greg received his degree in Pastoral Ministries from what was formerly Bethany University in Santa Cruz,California. View Greg blogs on iwriteforjesus.com. Greg has a book published on " To Jesus Christ the High Priest of my confession: A personal Testimony." find it on http://www.amazon.com/Christ-Priest-Confession-Personal-Testimony/dp/1507706847/ His testimony in short form is published in "Trials and Triumphs II" on http://www.amazon.com/Trials-Triumphs-II-FaithWriters/dp/1498416012/. This book is filled with 50 inspirational testimonies and is a project of Faith Writers.
Previous Gangsters
Next Fighting To Breathe