Breaking News
Home / Featured / Why Must We “Restore” Religious Freedom? 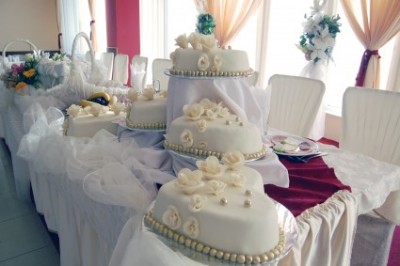 Why Must We “Restore” Religious Freedom?

Indiana Governor Mike Pence boldly placed himself at the center of a firestorm of controversy by signing the Indiana Religious Freedom Restoration Act. Everyone from celebrities and basketball commentators to corporations and the White House is voicing their objections and calling for a boycott on the entire state of Indiana.

I wonder. Have they read the text of the bill? Do they know what the law, which was passed by the elected officials of Indiana, actually contains? Or are they climbing aboard an anti-discrimination bandwagon traveling down the wrong road?

It is clear that an increasing number of people would like us to abandon that part of the Constitution that guarantees our religious liberty. Legislation, such as the recently signed Indiana bill, (and others in the nation just like it) would be unnecessary otherwise. It has become necessary because individuals and vocal minorities lobby and then litigate small privately owned businesses in order to rob them of the very liberty protected by the 1st Amendment.

The noisy minority would like nothing more than to see a transformation of the “all men are created equal,” portion. Perhaps they would prefer, “all those who don’t agree with my lifestyle choice must be tolerant, and embrace and support it as well.” The comparison to the discrimination taking place during the civil rights movement of the sixties is ridiculous.

Refusing to serve customers at a lunch counter because they are the “wrong” shade is bigoted. To equate it to one’s refusal to use creative talents, or provide a venue for a ceremony or an event that is against one’s very core belief system is unconscionable. It is deceptive in nature and those who condemn the bill as discriminatory without understanding it are foolish.

Why is it, the elite and the special interest groups feel they are the only ones permitted to choose where they work and what cause they will support? It is evident that they believe a small business owner, trying to make an honest living, using the gifts God has given them should not have the same right. It is the height of hypocrisy.

Perhaps they believe their “right” to advance their “cause” can supersede an individual’s right to live out their deeply held faith and convictions. They are very sorely mistaken.

Amendment I: Congress shall make no law respecting an establishment of religion, or prohibiting the free exercise thereof …

Though some of our laws include deliberately confusing text, one does not need to be a legal scholar to decipher the intent of this clause. There would be no need for any Religious Freedom Restoration Act in any state if courts would uphold the Constitution–as they have solemnly sworn to do.

We should show our gratitude to all who refuse to forsake their conviction and stand up for religious liberty for the sake of the gospel. We can do so by standing with them.

But remember the earlier days, after you saw the light. You stood your ground while you were suffering from an enormous amount of pressure. 33 Sometimes you were exposed to insults and abuse in public. Other times you became partners with those who were treated that way.Hebrews:32-33 (CEB)

What are some convictions that you are willing to stand up for–even in the face of intense opposition?

Melinda is currently the worship leader at her small church in rural America. Married for 23 years, she and her husband Larry have one son. She is the Director of Mailing in the print/mailing industry by day and freelance author by night. Her desire to write is a passion borne from tragedy. God used it to take her faith to a much deeper level. Melinda is a freelance writer and member of FaithWriters. She joined the TBL team in March 2014. Believing we are citizens of a greater ‘kingdom,’ her articles for The Bottom Line examine governmental responsibility, citizen involvement and current political topics. With the great wisdom contained in scripture as her guide, she looks at today’s political environment from a Biblical perspective. She prays her words will prompt the reader to view citizenship - and every aspect of their life, through the eyes of faith. Col 3:17 To read more of Melinda’s writings on her faith, hope, and life visit her blog Still Living Still Loving or her page at Faithwriters.com. You can also follow her on Twitter @MKZbk.
@@MKBzk
Previous Rejected And Chosen
Next Boost Your Confidence to Talk to Atheists About Jesus