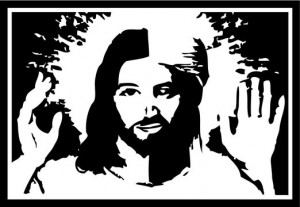 Our Hope: Jesus Is Compassion

“And when He came near the gate of the city, behold, a dead man was being carried out, the only son of his mother, and she was a widow.  And a large crowd from the city was with her.”  Luke 7:12 (NKJV)

When I look at artists’ renderings of Jesus, most of them have a common denominator–Jesus’ eyes. I know the pictures are not really how Jesus looked when He was walking the earth.  But still, there is a quality that somehow is often captured in these pictures.  The eyes of Jesus portray love, acceptance, and compassion.  It is His compassion that fascinates me, because that compassion is what shows us Who He is to Christians.  He is our compassionate Savior.

God’s Word often shows us priceless glimpses of Jesus’ compassion.  One of the most well-known verses in the Bible, John 11:35, says simply, “Jesus wept”. Those two words hold a wealth of information about Jesus, and show how, even though He was God dwelling among the people, He also was a man, with human emotions and cares. We see an extreme faithfulness, He was touched in His own heart by the plight of those He loved.  Which, of course, was everyone.  This compassion is a character trait of God, and while it was displayed this way through Jesus’ earthly life, it is what shows us that God is a God of great love.

Jesus looked upon a grieving mother with compassion.  This includes the love that is inherent in Him. It includes the knowledge of her suffering.  It includes knowing He can help her.

This is one of the wonderful things about Jesus.  Since He came and lived in the world as a man, He understands how it feels, the ups and downs people experience, the heartaches and joys we all know in the course of our lives.  Of course, He would know these things anyway, simply because He is God and He did create all these things.  But in choosing to live with the people, though completely sinless, He showed us that He was willing to live in the same circumstances we do every day.

As God, Jesus could have insulated Himself from our sorrows and trials; He could have stepped away when He saw a widow grieving.  He knows the end of the story, so He knows all will be as it is intended to be, but at the same time, He knew His people needed to see His human-self, along with His God-self.  The impact of this was great.

“Then He came and touched the open coffin, and those who carried him stood still.  And He said, ‘Young man, I say to you, arise.’  So he who was dead sat up and began to speak.  And He presented him to his mother.”  Luke 7:14-15

Jesus is a miracle worker.  He was known to do many miracles during His earthly ministry.  Raising the dead to live again was only one of many.  But each time He performed a miracle, and even though the miracles were to glorify His Father, Jesus also felt the tug of compassion and love–He could change the people’s lives through His divine power.  This was, after all, the mission He had been sent to complete by His Father, to change people’s lives.  He is Our Hope, and He displays that Hope in every single way possible.  He loves us, He cares for us, and He has compassion on us.  He has taught us, by His example, to have compassion for others, just as He has it for us.  What a wonderful Savior He is!

“Then fear came upon all, and they glorified God, saying, ‘A great prophet has risen up among us;’ and, ‘God has visited His people.’ ”  Luke 7:16

When have you been called upon to show compassion to someone, and how did showing it make you feel?  Please share.  I would love to celebrate that moment with you!

Lili lives in central North Carolina. She writes devotionals and Christian articles and has been published in e-magazines, newsletters, and articles. She is a member of Faithwriters.com. She and her husband Chuck love to travel, and are animal lovers as well. They are active in their local church, where she teaches the Senior Adult Sunday School class, and he serves as a deacon. Lili credits God for any inspiration that allows her to write. It's all about Him!
@@ohiolili
Previous What Are You Short On Today?
Next Dinner is Served, Spiritual-Style