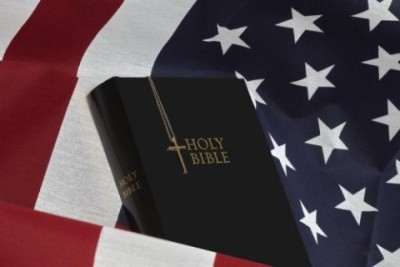 A Plea to America (Poem)

Many patriots and soldiers spilt their blood in the sod,
They did this believing in “One Nation Under God.”

Our forefathers established this nation on their Judeo-Christian belief,
They formed a government to protect these values from a thief.

So I ask you what has happened to America this day?
It has fallen and for it we need to pray.

We have given way to a media that tries to corrupt the Word,
When we attempt to defend ourselves, they try to keep us from being heard.

We are fed music, movies, and TV shows that are perverted,
Why to such madness have many of us converted?

Our government has tried to take God out of the public domain,
If a child wants to pray in school they are told to refrain.

Our children are freely taught that they descended from apes and goo,
For such lies many have denied that God created me and you.

Each year over 3 million young Americans dropout of school,
Our literacy ratings are horrendous and this really isn’t cool.

Marijuana is being made legal in at least twenty-three states,
Our courts delay justice and our prisons are overloaded with inmates.

We are told to hide the Ten Commandments from those who it might offend,
However it was for such freedom that many lost their lives to defend.

In 1973, our Supreme Court upheld abortion in Roe Vs. Wade,
Our Higher Authority tells us we are fearfully and wonderfully made.

The same court declared gay marriage, and the LGBT Community it did flatter,
But when we try to defend our faith in God, we are told it doesn’t matter.

If we don’t get these corrupt politicians out of office, we will continue to fail,
Only when we once again become “One Nation Under God”, can we prevail.

So to this nation my heart does plea,
Return to the Lord and let us be free.

2 Chron 7:14 If my people, which are called by my name, shall humble themselves, and pray, and seek my face, and turn from their wicked ways; then will I hear from heaven, and will forgive their sin, and will heal their land.

Where do you stand on the state of our nation?

Joel M. Bauer is a 45-year-old U.S. Army Veteran from Dunn, NC, which is just outside of Raleigh. After being honorably discharged from the U.S. Army, he attended school at Taylor University, a Christian liberal arts school, in Fort Wayne, IN, where he received his BS in social work and psychology. He has worked in such places as a homeless shelter, a community based treatment center for severe mental illnesses, a school for troubled students, and other social service agencies. His current endeavor is to build The Bottom Line website into a site that inspires both Christians and non-Christians alike, and brings glory to God.
Previous Are Curses Real or Just Superstition?
Next The Dreaded Dirty Thirty