Breaking News
Home / Politics / Immigration: Who Comes and Who Goes? 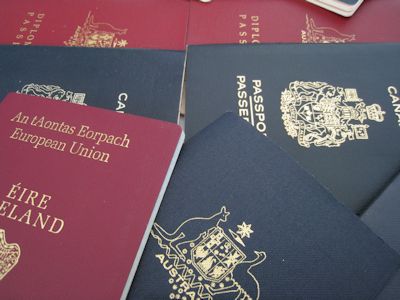 Immigration: Who Comes and Who Goes?

Probably everyone would agree that America has limited control over immigration. It is not only the southern border that is the problem but also checkpoints at airports. Foreigners are coming as guest workers, students, tourists, and refugees. Senator Jeff Sessions recently stated, “Our country cannot effectively track these foreign visitors and immigrants…Applications for entry are rubber-stamped. We’ve become the visa clearing house for the world.”

According to journalist Leo Hohmann, 100,000 Muslims enter America legally every year. It is the fastest growing segment of the immigrant population, including 800 a month coming from Somalia, “the most jihadist-rich country in the world.” With that said, the U.S. Government still has no effective policies and procedures to weed out the good from the bad. Milwaukee County Sheriff Donald Clarke, Jr., often appearing on Fox News, said,”We have to force the issue…Our immigration policy is a disaster.”

It is not just a case of being lax at points of entry and allowing too many people with evil intent to cross the borders. It is also a matter of who is not allowed to come in, even with good motives. Recently in San Diego over two dozen Iraqi Christians fleeing ISIS were arrested and sent to prison, when attempting to enter from Mexico. These immigrants even had families in southern California to sponsor them! These are good people simply trying to escape religious persecution. Yet, they were coming from the exact same places as the Islamic State terrorists who are getting through because of lax and ineffective security.

Mark Arabo, a spokesman for the Minority Humanity Foundation, said, “It’s clear our border is open to anyone except Christians.” If that seems like an extreme statement consider this. An Iraqi Christian living in San Diego, Aamer Moshi, is waiting for his detained cousin. He commented, “…When did the symbol of America become a gated fence as opposed to the Statue of Liberty? Give me your huddled masses yearning to be free. These are those Christians.”

Having a “gated fence” wouldn’t be a bad idea, but the “gatekeeper” still needs to use common sense as to whom he would allow in. The ones who could cause problems or have evil intentions should be locked up or sent back-no sanctuary cities for them! Those who are good people and have families in the U.S., especially the ones seeking a safe haven from persecution, should be legalized and allowed to transition into society. What the U.S. immigration policy lacks is common sense.

There is a different kind of culture, though, of which all can be a part. Anyone, no matter their background, can “immigrate” into God’s spiritual family and experience “adoption as sons through Jesus Christ”(Ephesians 1:5). Then, one’s “citizenship is in heaven, from which also we eagerly wait for a savior, the Lord Jesus Christ”(Philippians 3:20). As more people come to know Him there will be less worry about who comes into the country.

What do you think should be done to more effectively control who crosses the American borders?

John Livingston Clark is 67 years of age and lives in central Washington State. He has written two published books, and two published poems. His initial book is called, " God's Healing Hope: Breaking the Strongholds of Wrong Thinking." His second book, released in December of 2016, is a motivational book written to seniors titled, " Seniors: Are You Retiring or Recharging?" Both books are available on amazon. You can also view his writings on www.faithwriters.com. John is available to speak on a variety of topics. Visit me at jclarkministries.com
Previous Disciple Making 101: What About Apologetics?
Next Learning to Speak Grown-up Words of Life