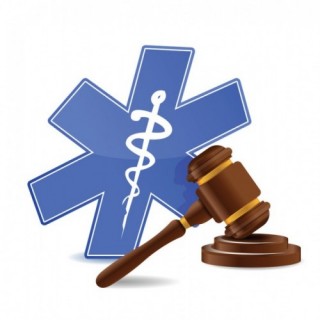 no – evidently, The State (now) Knows Best. An unbelievable story about a Connecticut family has recently emerged in the news. Lou and Linda Pelletier’s fifteen year old daughter had been diagnosed with mitochondrial disease. She was being treated for the disease at Boston Children’s Hospital. As recently as January 2013 she was active, even performing an ice skating routine. When she fell ill with the flu in February of 2013, her doctor advised that she be treated at a Massachusetts hospital. Upon arrival, a neurologist declared that she did not have mitochondrial disease. That, in fact, she was suffering from somatoform – a mental illness. Justina’s mother was informed that they would be trying a ‘new approach.’ Interested only in the welfare of their daughter, Justina’s parents agreed.

Their support for the new approach ended, however, when they learned that it did not include treating Justina’s physical symptoms. They planned to remove her from the hospital, return home to Massachusetts and continue with the original treatment strategy. – The treatment that had proven effective. I am stunned by what happened next.

The MA DCF (Massachusetts Department of Children and Families) got involved. Consequently a judge awarded temporary custody of Justina to DCF. In the time since she was taken from her parents, her health has deteriorated to the point that she is no longer able to walk and has very little upper body movement. The hospital ceased administering medications and treatment for her physical symptoms. They allege that her disease is primarily ‘all in her head.’ As a result, her father claims she is now in constant pain.

Earlier this week, Massachusetts Commonwealth Judge Joseph F. Johnston ruled that MA DCF be given permanent custody of this child. What!?!?

Justina’s parents are restricted to two 20 minute (monitored) phone calls per week and one supervised visit. They are literally powerless to help their daughter who’s health has drastically deteriorated. I can think of nothing worse. The court order indicates that (what amounts to) a lack of submission as the grounds for this order. The Pelletiers dared to the question the medical treatment of their daughter. They dared to defy the judgment of the doctors. And then – they dared to speak out about the injustice of what is happening to their family.

Certainly the need to protect children exists. The state must advocate for children who are abused, neglected, or in danger – using wisdom and restraint. The trend of some entities, however, has gone to the opposite extreme of assuming ‘we know better’ (than parents) what is best for their children. However, to permanently rescind parental authority based on a doctor’s opinion, one that is unsubstantiated by improved health or positive results, is nothing short of totalitarianism.

James 3:17 (ESV)  17 But the wisdom from above is first pure, then peaceable, gentle, open to reason, full of mercy and good fruits, impartial and sincere.

As a child of God, I feel compelled to cry out to our Heavenly Father to intervene for this young girl and her family. As a citizen, I am outraged at the usurious power exhibited by the state. As one who once believed in the fairness of the court, I increasingly now find that I no longer have ‘faith’ in our justice system.

But as a mother, I find this story absolutely terrifying.

The Bible instructs us to respect the authorities over us. Does that mean we are to ‘put up and shut up’ as our child is taken from us? I know I would not. God has entrusted our children to us. I wonder how far He permits us to go to defend our God-given parental right and protect our children.

Melinda is currently the worship leader at her small church in rural America. Married for 23 years, she and her husband Larry have one son. She is the Director of Mailing in the print/mailing industry by day and freelance author by night. Her desire to write is a passion borne from tragedy. God used it to take her faith to a much deeper level. Melinda is a freelance writer and member of FaithWriters. She joined the TBL team in March 2014. Believing we are citizens of a greater ‘kingdom,’ her articles for The Bottom Line examine governmental responsibility, citizen involvement and current political topics. With the great wisdom contained in scripture as her guide, she looks at today’s political environment from a Biblical perspective. She prays her words will prompt the reader to view citizenship - and every aspect of their life, through the eyes of faith. Col 3:17 To read more of Melinda’s writings on her faith, hope, and life visit her blog Still Living Still Loving or her page at Faithwriters.com. You can also follow her on Twitter @MKZbk.
@@MKBzk
Previous Ps 116:3″ I love the LORD because he hears my voice and my prayer for mercy.
Next John