Breaking News
Home / Politics / Will The Next U.S. President Be Subject To A One World Government? 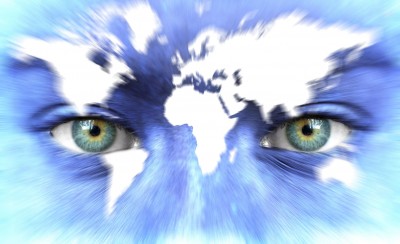 Will The Next U.S. President Be Subject To A One World Government?

God’s agenda is not subject to man’s. Events of biblical end-time prophecy are being fulfilled at a rapid pace in our current events. One of the major prophecies is the forming of a one-world government. From the way things are quickly progressing, the next president of the United States may end up yielding his or her power to the rise and rulership of a world system. The foundation of such has already been created and endorsed by not only the United Nations, but also by Obama and Pope Francis. In fact, it was one of the undisclosed objectives of the pope’s recent visit.

The 2030 Agenda “brings the world one giant step closer to true global governance,” said journalist Leo Hohmann of WND. It bypassed the U.S. Congress and the legislative bodies of 193 nations. The focus is on poverty, gender equality, climate control, and open immigration. Hohmann further stated “the agenda promises to radically affect the individual lives of ordinary Americans, yet they are being kept in the dark about its details.”

Does the next U.S. president really know what he or she is up against? How much power will the one sitting in the oval office have in comparison to a possible world government? Paul McGuire, Fox News and History Channel contributor and co-author of “Babylon Code:Solving the Bible’s Greatest End-Time Mystery” was quoted by Hohmann: “The U.N. vote is about to put America and the world on the fast track to a one-world government…We are literally just one crisis away from that happening. It could happen overnight, and I don’t think most people realize it.”

One person who may be in the know about all of this is Hillary Clinton. Her campaign manager is John Podesta. He is also the former top climate change advisor to Obama and was the only American who was on the U.N. decision making body.

President Obama also knows what is going on. According to Hohmann, the president spoke to the U.N. General Assembly on September 28 stating that the U.S. needs to “retreat as a world superpower so that global governance can rise up in its place.”

So, it appears that this is what the next president may be dealing with. Whomever gets elected may be butting up against the fulfillment of Bible prophecy and God’s divine agenda. He or she could be God’s “puppet on a string.” We see this happening now in the Middle East and especially with Israel. He will have the final say. Our next president as well as other world leaders will simply be instruments of God to accomplish His divinely-ordained purposes, like it or not. If this is not enough, I just came across an article by a writer who states his case for our current president being the last!

God says in Isaiah 14:24, “Surely, just as I have intended so it has happened, and just as I have planned so it will stand.” “But our God is in the heavens; He does whatever He pleases”(Psalm 115:3).

How quickly do you think all of this could happen?

John Livingston Clark is 67 years of age and lives in central Washington State. He has written two published books, and two published poems. His initial book is called, " God's Healing Hope: Breaking the Strongholds of Wrong Thinking." His second book, released in December of 2016, is a motivational book written to seniors titled, " Seniors: Are You Retiring or Recharging?" Both books are available on amazon. You can also view his writings on www.faithwriters.com. John is available to speak on a variety of topics. Visit me at jclarkministries.com
Previous The End of the Year is Just Around the Corner, Are You Ready?
Next Standing Strong in the Face of Persecution