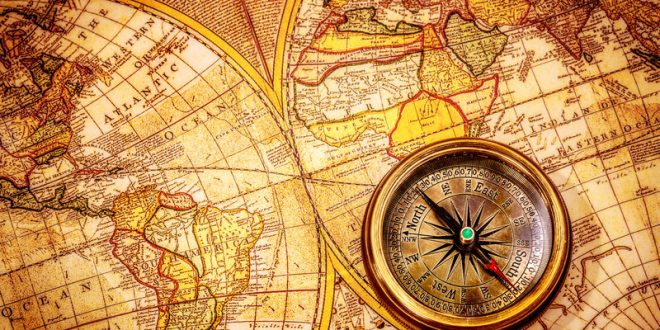 The Search For Noah’s Ark

For decades people have been looking for Noah’s Ark. Some have claimed to have found it. It continues to be a hot topic with both secular and religious audiences. Teams of scientists have gone to the areas where they think the ark is located and have supposedly found evidence for it. There is, of course, the possibility of hoaxes.  The discovery would be welcome news to some but to others not good to hear. Why? It would be the greatest discovery of all time when it comes to proving the Old Testament is literally true. It would, however, mean that God does supernaturally intervene in the judgment of humanity and that everyone is accountable before him.

We must first consult the biblical Genesis account as the basis for any such discovery. It begins in Genesis 6:14-16 which describes the ark as being made from gopher wood, giving the exact dimensions, and having three levels. Fast forward to the time after the flood and the receding of the waters, the account is continued in Genesis 8:4, “…the ark rested upon the mountains of Ararat.” It doesn’t say the mountain of Ararat, but the “mountains,” plural. This is key. There is a huge geographical area of mountains known as Ararat in Turkey. This would make it seemingly very difficult to even know where to begin to search for the ark. It is not like hiking up a single peak. There are various sites which expeditions have explored, one of which has even been designated as “Noah’s Ark National Park,” complete with an access road and visitors center. Tour groups travel there.

An organization in which I have much confidence is ICR, or the Institute for Creation Research, based in Dallas, Texas. It is led by Dr. John Morris, whom I personally know.  In a telephone call I learned that this organization is no longer involved in the search, but does keep up with what is going on with various expeditions.  As far as I am concerned, if ICR says the ark has been discovered, that settles it!

Another significant and related factor that I never before heard until I did some research for this article is that within the region of the “mountains of Ararat” is evidence of an ancient civilization. Noah lived another 350 years after the flood (Genesis 9:28). This is plenty of time for new civilizations to reproduce and for Noah to relate the story of the flood and the ark to subsequent generations.  In 1997 over 1,ooo ancient houses and other buildings were discovered. Along with these were also hundreds of thousands of graves.  Could this be a site of remembrance for God sparing Noah and his family?

There are always the mockers and skeptics who say that it was impossible for there to be a worldwide flood that lifted the ark above the highest mountains. They also say that there is no evidence for this. There are, however, three reasons put forth by scientists to refute this:

One, there is quite a bit of geological evidence for it, in fact, some of it is right in my State of Washington. This evidence can easily be researched and read about by anyone seeking to know it.

Two, at the same time the rain fell from above, the underground caverns burst open. Genesis 7: 11 records “…in the same day all the fountains of the great deep burst open, and the floodgates of the sky were opened.” In 2014 scientists discovered huge caverns of water deep beneath the earth’s surface. Even though this has been contested, there are several webpages that support this discovery. Three,  the earth was relatively flat before the flood, not with high mountains like we have today.

There are many sites and videos on the web dealing with the search for the ark. It is a fascinating ongoing saga. Keep in mind that some could be bogus. Others provide what appears to be solid evidence.  However, here is a question that I am asking: If Noah’s Ark has, indeed, been discovered, then why are people still organizing expeditions to look for it?

What do you think? What evidence would provide proof that the ark still exists?  In what ways do you believe this discovery would change the perspective of the unbelievers and scoffers?

John Livingston Clark is 67 years of age and lives in central Washington State. He has written two published books, and two published poems. His initial book is called, " God's Healing Hope: Breaking the Strongholds of Wrong Thinking." His second book, released in December of 2016, is a motivational book written to seniors titled, " Seniors: Are You Retiring or Recharging?" Both books are available on amazon. You can also view his writings on www.faithwriters.com. John is available to speak on a variety of topics. Visit me at jclarkministries.com
Previous Serving America Under Fire
Next Voluntary Engagement Without Verbal Abuse